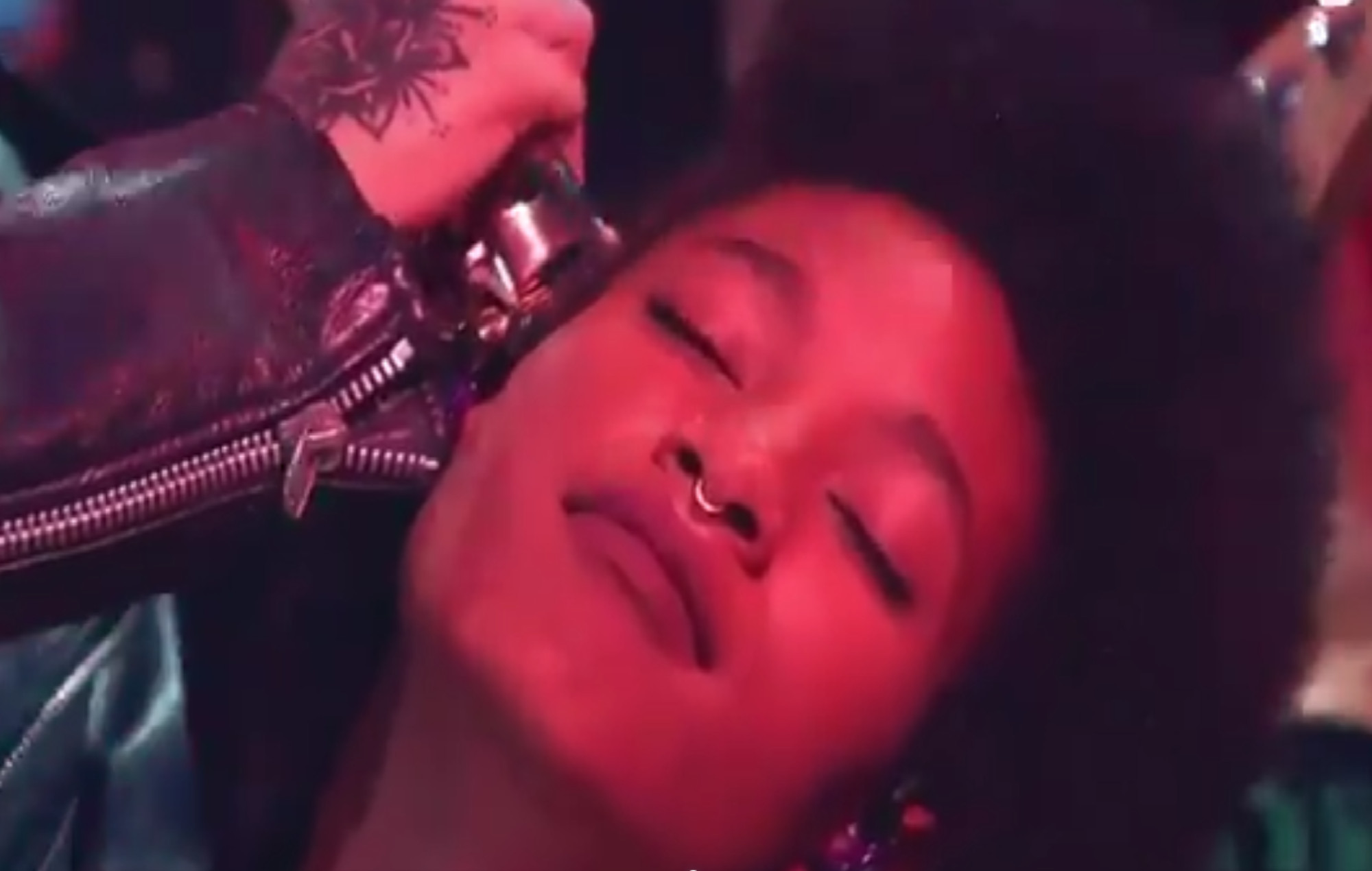 Willow Smith – known artistically as WILLOW – has had her head shaved on stage during a performance of ‘Whip My Hair’.

Performing as part of her Facebook Live event, Willow In Concert: lately I feel EVERYTHING, on Friday (July 16), WILLOW was mid-performance of a punk-rock rendition of her surprise 2010 song, when a leather jacket-laden woman (herself donning an undercut) walked out on stage bringing a stool and clippers.

WILLOW, now seated, doesn’t miss a beat of the song as she continues to perform on guitar while her hair is ceremoniously shaved.

Watch the event unfold below:

The pair joined WILLOW for a performance of ‘G R O W’ during Friday’s livestream, WILLOW having gushed about the collaboration opportunity with Lavigne, calling the ‘Sk8er Boi’ singer “iconic”.

On the day of the album’s release, Askhiphop gave ‘lately I feel EVERYTHING’ four stars, saying WILLOW “simply makes great music and knows not stick herself in a box”.

“WILLOW delivers an 11-track playlist of aural chaos: with supercharged bass and raging drums, the punk influence is inescapable… but has still crafted an album that doesn’t sound like anyone else.”

The post Willow Smith shaves her head on stage while performing rock version of ‘Whip My Hair’ appeared first on Askhiphop.