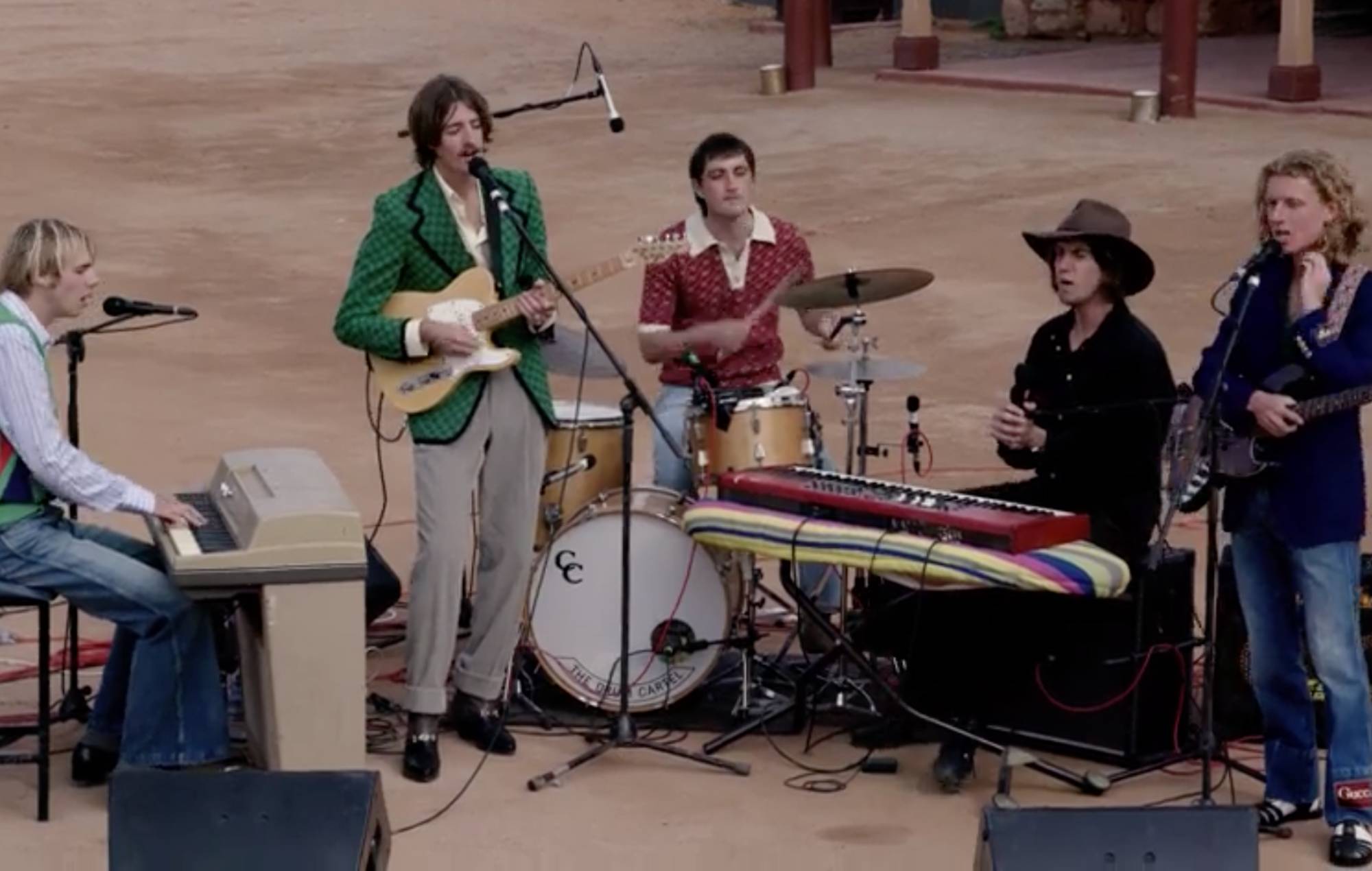 Parcels have shared a special live performance of their latest single ‘Free’, which was filmed in the tiny town of Silverton in New South Wales, Australia.

The five-piece first shared the track last month, marking the release of their first new original material since 2018.

Parcels headed to Silverton, which lies in the traditional lands of the aboriginal tribal group the Wilyakali (or Wiljaali) and has a population of just 50 people, for the performance, which took place outside the Silverton Hotel.

The band’s visit to Silverton took place as part of Parcels’ trip to the Australian outback, which is being filmed for a future documentary.

“Silverton was high on the list,” the band said in a statement about their desire to visit the town to perform ‘Free’. “Population 50, Silverton is a small town hosting only a couple of dusty streets, a few donkeys, a pub, a bakery and endless desert surroundings.

“He didn’t really understand why we wanted to come, or how we were going to make it that far inland, but said we were welcome and that ‘he’d believe it when he saw it’. What we didn’t understand over the phone, or from the Google images, was the calming pace and kind-hearted spirit which the town exudes.

“Driving away on that dusty road we couldn’t shake the feeling that the people of Silverton are as close to feeling ‘Free’ as people might ever be.”

Parcels are among the artists who are set to perform at NOS Alive 2022.