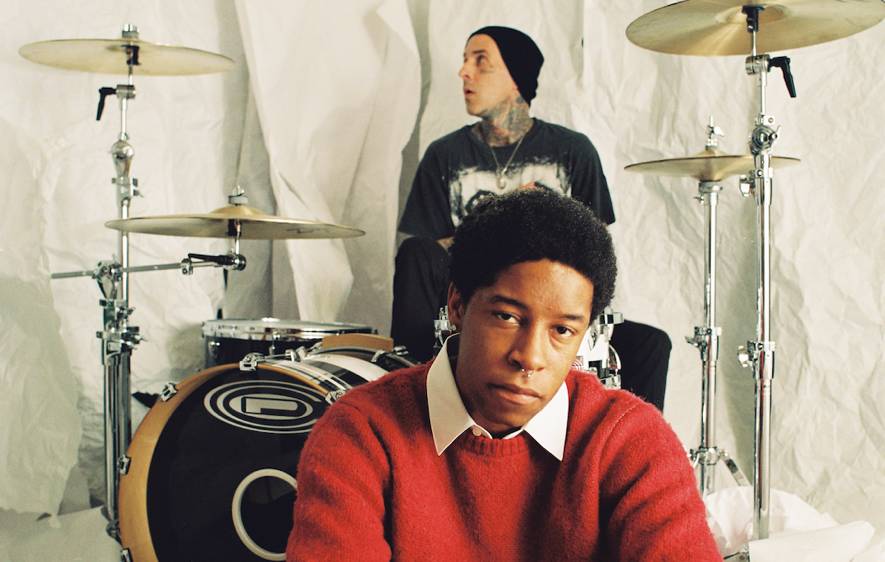 KennyHoopla has recorded a special four-song live set with Travis Barker – you can watch their joint performance below.

The set follows on from the release last month of the duo’s collaborative eight-track mixtape ‘SURVIVORS GUILT’.

Recorded and filmed at the DTS Sound Space in LA, KennyHoopla and Barker’s performance includes renditions of ‘estella’, ‘hollywood sucks’, ‘silence is also an answer’ and ‘inside of heaven’s mouth, there is a sweet tooth’. The pair were joined by guitarist Nick Long for the set.

You can watch KennyHoopla and Travis Barker’s live set, which is followed by an interview, below.

Speaking about how they first linked up, Barker explained in a recent press release: “I loved Kenny’s music from the moment I heard it and showed everyone it.

“We connected and kept talking about working together. ‘Bout a month ago we got in the studio for a few hours and it was magic. That’s when we wrote ‘Estella’, rest is history.”

KennyHoopla added: “It feels like there is always a place and time for everything except there really being a place for time – more so honing in on pictures never doing justice and the funny irony of the public’s emotion towards my seat in the industry right now.”

Earlier this week Barker was named on the tracklist of Willow Smith’s upcoming new album ‘Lately I Feel Everything’.