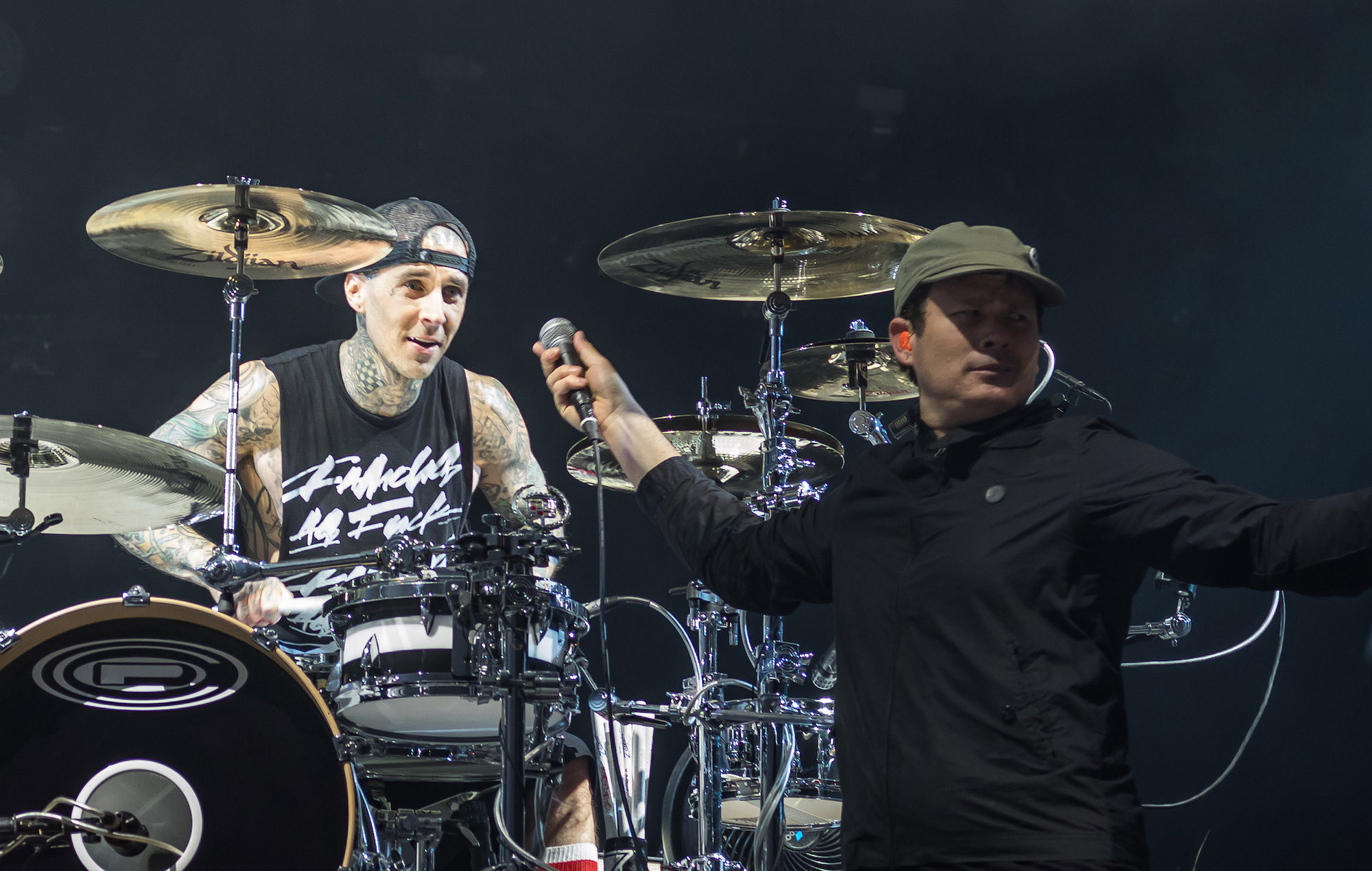 Tom DeLonge has revealed that he’s had conversations with Travis Barker about reuniting their side-project Box Car Racer.

The former and current Blink-182 members launched the side-project in the early 2000s, with the band releasing a sole, self-titled studio album in 2002.

With the 20th anniversary of that album approaching, DeLonge was asked in a new interview with Askhiphop if he had discussed the idea of reforming the band with Barker, and the potential future of a notorious leftover song the pair are sitting on for the project.

Despite revealing that the pair have “never really talked about doing another album,” DeLonge said that he and Barker “have talked about releasing that one song, as well as what it would be like to play shows,” though any plans have hit a snag because “everyone’s so busy!”

“It’s just not the priority,” he added of Box Car Racer. “It’s an awesome, nostalgic thing but nostalgic things don’t run your life, you have to fit them in.”

Watch the full Askhiphop In Conversation interview with Tom DeLonge below.

Elsewhere, Barker and DeLonge both recently shared their support for Blink-182 bandmate Mark Hoppus after he announced that he was undergoing chemotherapy for cancer.

“Mark is my brother and I love and support him,” Barker said. “I will be with him every step of the way on stage and off and can’t wait for us to play together again soon.”

“He is strong, and a super-human who is pushing through this difficult obstacle with a wide-open heart,” DeLonge said, adding the hashtag “#WeHaveHisBack.”

The post Tom DeLonge has talked to Travis Barker about a Box Car Racer reunion appeared first on Askhiphop.