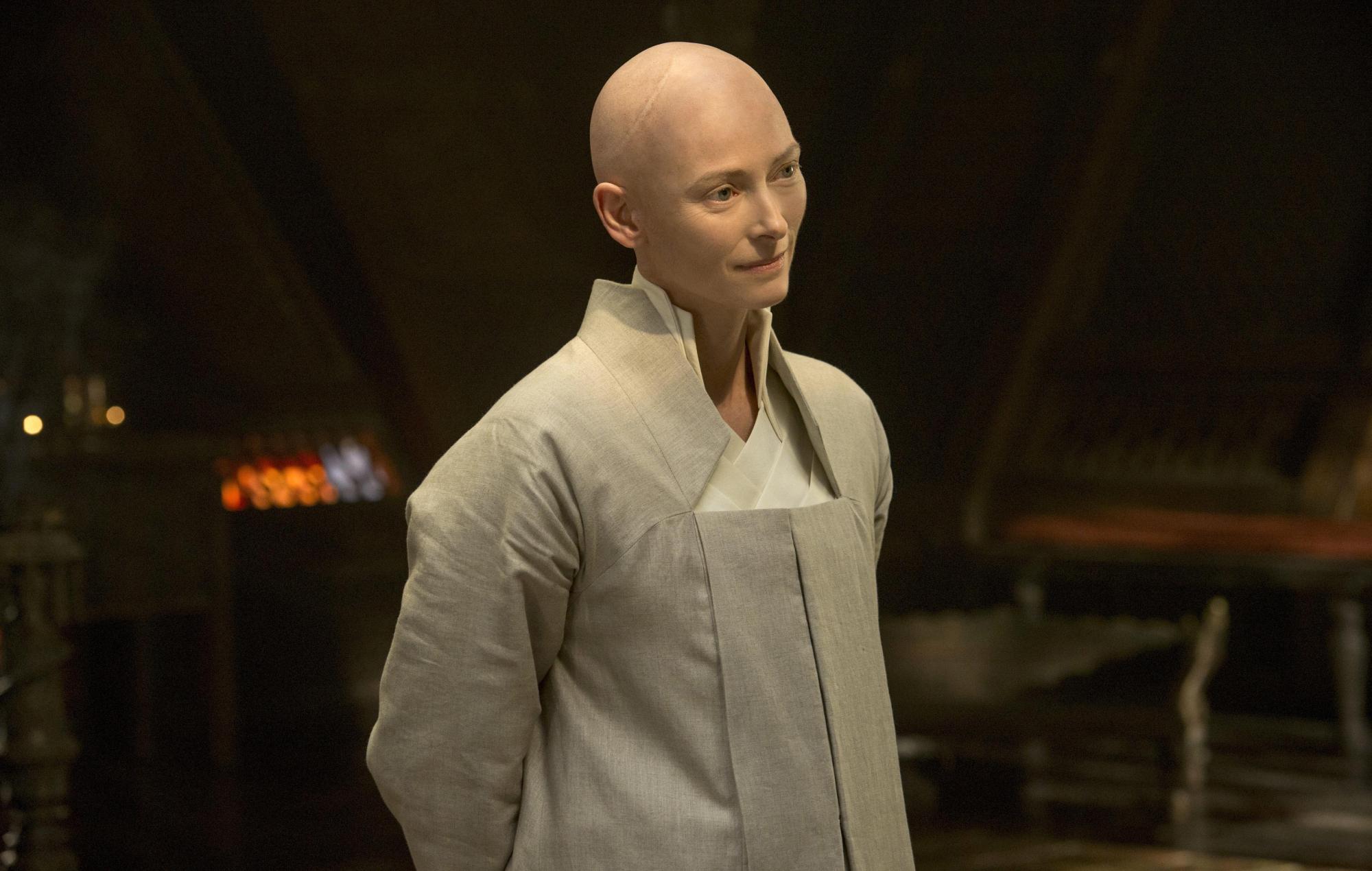 The actress portrayed The Ancient One, who is depicted in the original Marvel comic books as a Tibetan man, after Feige and Doctor Strange director Scott Derrickson decided to avoid perpetuating racial stereotypes about wise Asian men.

However, the move backfired, spotlighted most prominently by an awkward exchange between comedian Margaret Cho and Swinton in 2016. Now, Swinton has reacted to the comments made by Feige in May in which he said that he wished he hadn’t whitewashed The Ancient One.

Swinton told Variety on Wednesday (June 30) that she is “very, very grateful” for Feige’s denunciation of the casting.

The Marvel boss has said he thought he’d made a “smart” move initially. “But it was a wake-up call”, he said of the ensuing controversy, “to say, ‘Well, wait a minute, is there any other way to figure it out? Is there any other way to both not fall into the cliché and cast an Asian actor?’ And the answer to that, of course, is yes.”

Speaking about her feelings at the time, Swinton added in her Variety interview that she remembers “having a question mark in my own mind, and being attendant to the public response to the idea that a Scottish woman will be playing this character, and being aware that there was no resistance at all – there was widespread welcome – which shifted at a certain point, for very good reasons with which I had an enormous amount of sympathy”.

The controversy between Swinton and Cho was also addressed in the new interview. During Doctor Strange‘s promotion and release, Cho had told fellow comic Bobby Lee on a podcast that Swinton had contacted her because she “wanted to get my take on why all the Asian people were so mad…and it was so weird”.

Swinton went on to publish her whole exchange with Cho on Jezebel. In the exchange, Cho explained to Swinton that Asian and Asian American stories “are told by white actors over and over again and we feel at a loss to know how to cope with it”. Swinton told Cho that “diversity is pretty much my comfort zone” and the “idea of being caught on the wrong side of this debate is a bit of a nightmare to me”.

As noted further by Variety: “Cho later said, however, that the interaction made her feel like a ‘house Asian’ because she had been asked to explain ‘whitewashing’ on behalf of all Asian Americans to someone she had never met – a request that, however well-intentioned, highlighted Swinton’s white privilege and fragility.”

Reflecting on the debate she had with Cho, Swinton has now said: “I feel like we’re at the point now where I can say it doesn’t matter anymore, and it was all worth it. I think it was a hot spot [and] I was aware at the time of being caught in something that [was out of] my actual control. And that felt fine, because it wasn’t my voice that anybody needed to hear.

Swinton continued: “I made a questionable decision to reach out to somebody in a certain way, which was naïve and clearly confusing, because their misunderstanding came about because of it. I was embarrassed that I had maybe gone up a blind alley in starting the correspondence in the first place – maybe I had confused matters – but beyond that, I have zero regrets.”