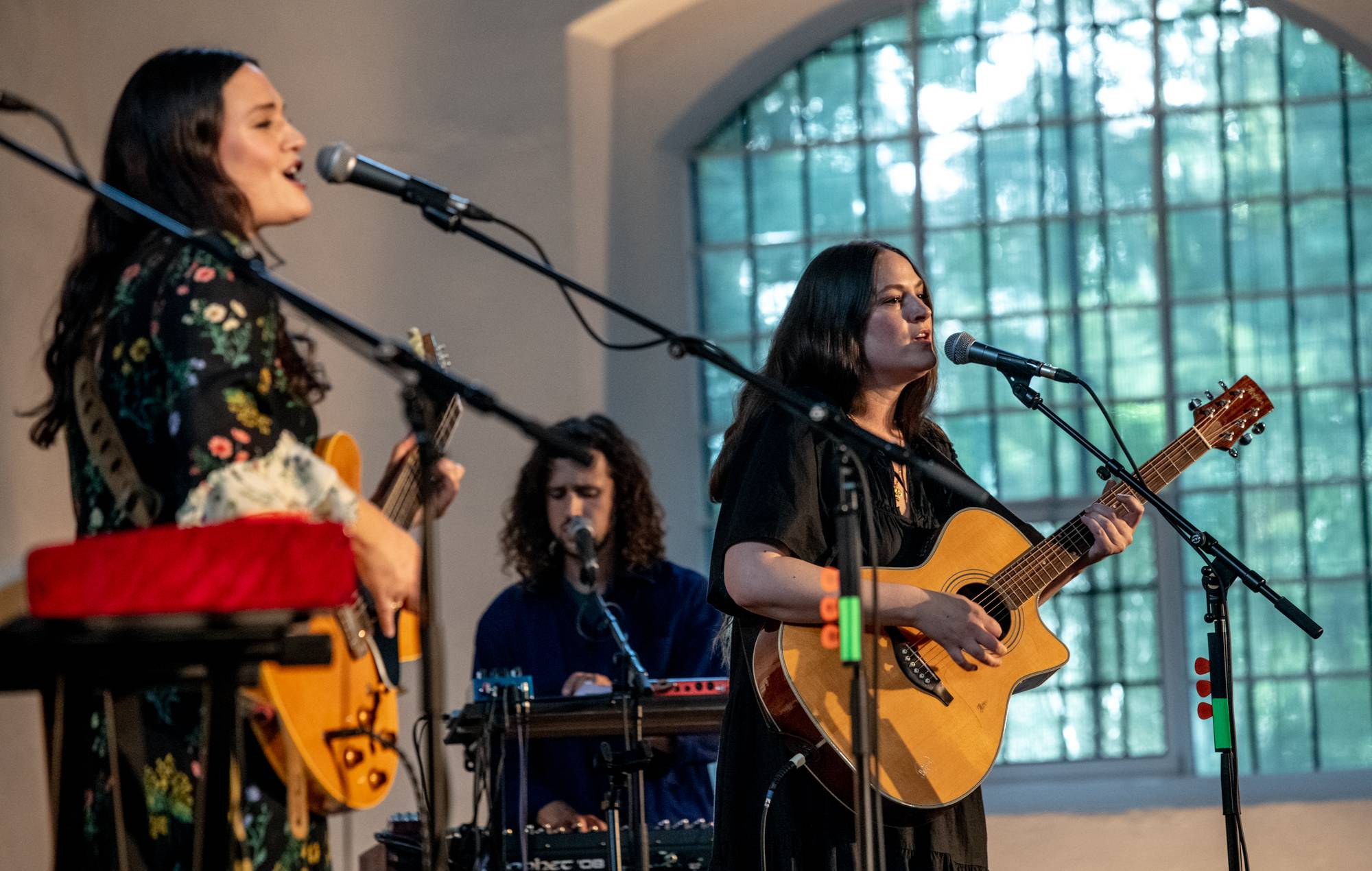 As The Staves start their ethereal show at Hackney Church, the first proper live gig for the band in almost two years, they can’t stop themselves telling us how surreal it feels to be here. We’re politely sat looking up at the stage, two-by-two on socially-distanced metal chairs and rickety, hollow church benches. It would all be a little bizarre – uncomfortable – even, if these musicians didn’t look like they were exactly where they were always meant to be.

It’s a strange but completely fitting venue to welcome back the Staveley-Taylor sisters (Jess and Milly onstage, Emily at home with her new daughter Margot) for an intimate set, celebrating their confident third album ‘Good Woman’ and gifting fans with jewels from a back-catalogue that has always deserved such a divine setting.

A lot of the new album could be considered fairly morose lyrically, as the show kicks off with the deliberately coarse-sounding ‘Failure’ and the pounding ‘Next Year, Next Time’, but Jess commands the stage with such confident presence that the sense of joy is infectious. Her harmonies with Milly are as crystal-clear as on the record and their dynamic with the band (all-male, which only heightens the Staveley-Taylors’ authority) is impressive. 2014’s ‘Blood I Bled’ is given a facelift with an anthemic horn solo that later works magic on ‘Make It Holy’ – an older track rarely performed live, it was perhaps supposed to just wink to this show’s setting, but ends up providing the most spellbinding moment of the night.

A few technical scuffles and logistical frustrations – it’s irritating that there’s only time for 12 tracks (bizarrely excluding the band’s most beloved hit ‘Nothing’s Gonna Happen’) – keep The Staves at arm’s length, but their talent is still unshakeable. There are moments in which the instruments seem to bring the cold, religious setting to life, as bass makes the wooden chairs vibrate and those beguiling harmonies bounce off the tall, chalky walls of the church.

Towards the end of the night, Milly admits that, in a pre-pandemic setting, this would be the moment where they would leave the stage and return for an encore – and so, unprompted, the crowd gives The Staves all the ear-splitting love they’ve been missing for so long, hollering for these softly-spoken sisters who, against all odds, remain such forces of nature. They don’t expect it but it makes perfect sense. It’s like they never went anywhere.

The post The Staves live in London: sisters raise the roof at their first show in two years appeared first on Askhiphop.