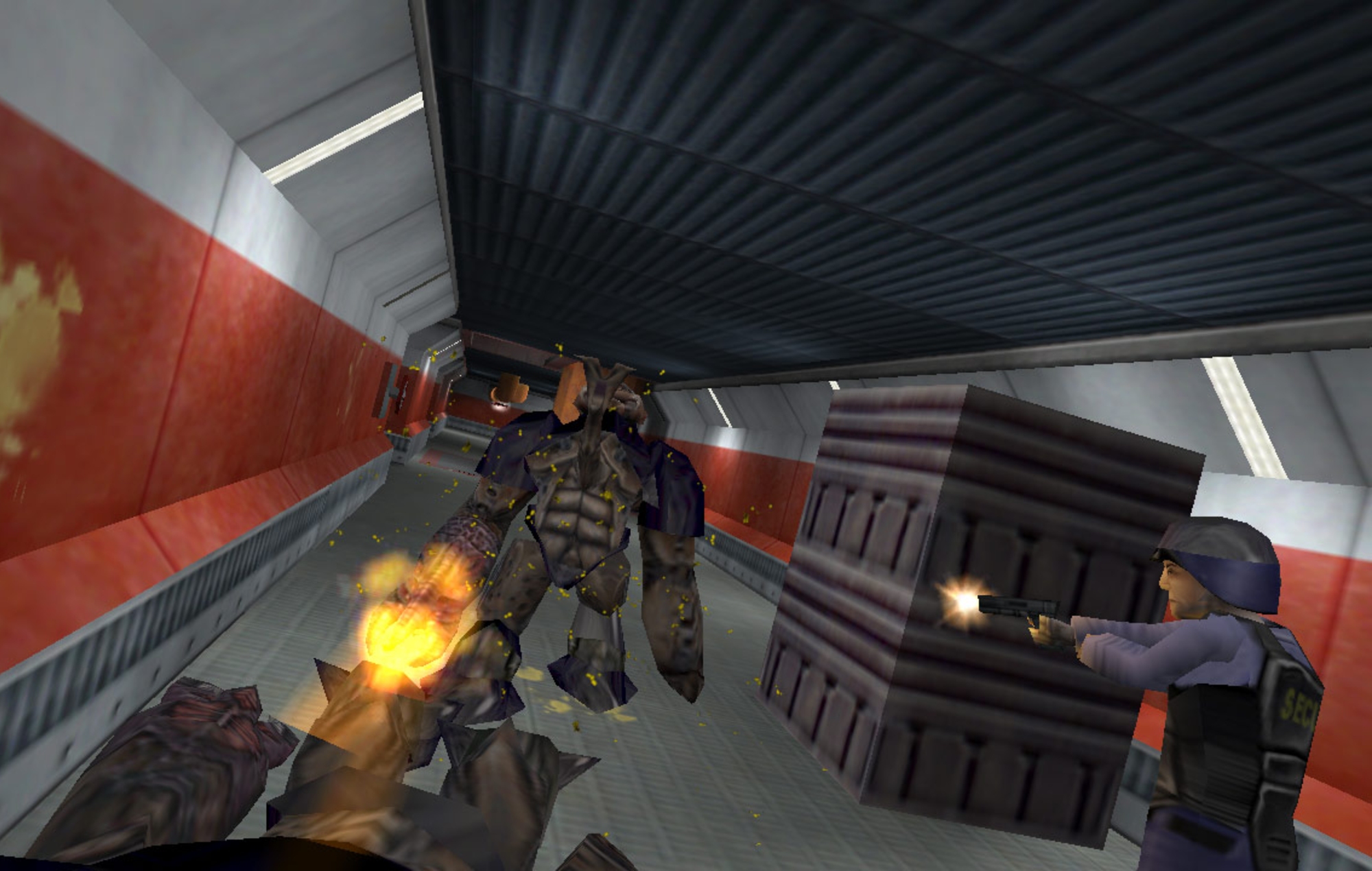 Half-Life is one of the most iconic titles in video gaming history, and now Brett Johnson – a former level designer on the game at developer Valve – has been revealing some of the secrets of the original title’s creation.

The major revelation is that the classic first-person action game had some pretty terrible working titles, at least early on in its development. On his personal TikTok, Johnson revealed that original contenders for the title included “Trip Hammer” and “Belly of the Beast” – the latter of which Johnson delivers with an expression clearly indicating his disdain for.

Johnson goes on to say that due to his own background in chemistry, he suggested Half-Life as a title, but it was initially dismissed over concerns it would invite jokes calling the game “half-done, or half-baked, or half-assed”. The name was forgotten until “some weeks later” when it was chosen as the final name of the game.

Johnson also showcased an early – and extremely bloody – look at Half-Life’s locker rooms. Inspired by his love for N64 classic GoldenEye 007, Johnson wanted somewhere for scientists on the Black Mesa base where much of Half-Life takes place to run to, rather than just disappearing when off-screen.

Here though, he also used it as a chance to question how viscerally violent Valve wanted the game to be, with the final game toning down the blood and gore quite considerably.

Perhaps the most interesting details for those interested in the creation of video games are in Johnson’s two videos exploring the creation of Xen, an alien dimension players explore in the game. Johnson reveals that the setting was challenging, “not only because we were dealing with low gravity, and the addition of a new jump pack, but because there was very little dev support.”

“The tools and technology we had at the time didn’t support anything other than rectilinear geometry,” Johnson goes on to say.

Elsewhere, modders have turned their attentions to Half-Life: Alyx, the latest entry in the saga, adding characters and settings from the BioShock series into the VR-only game.

The post The original ‘Half-Life’ working titles were terrible appeared first on Askhiphop.