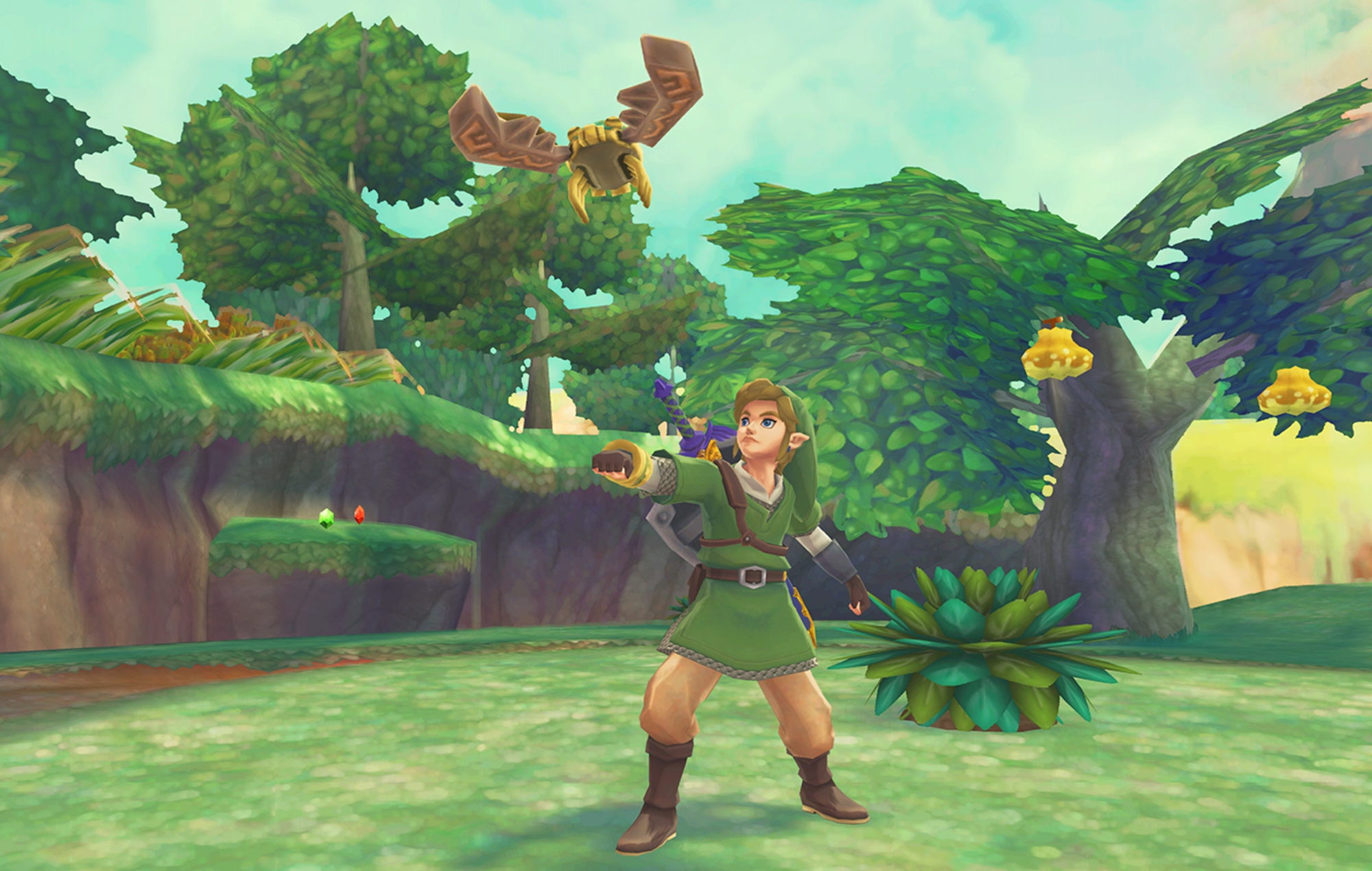 The upcoming The Legend of Zelda: Skyward Sword HD will have a free-moving camera, correcting a long-standing issue with the game.

The original version of Skyward Sword, released in 2011 for the Wii, wouldn’t let players control the camera.

Because the game had to be played with the Wii Remote and the Nunchuk, there was only one joystick to control movement. To make up for this, players could look behind them using the Z button but only if there was no one else nearby, as this was also the control for locking the camera view onto enemies. It wasn’t the smoothest of workarounds.

However footage released today by Nintendo makes it look like this issue has been rectified, with the remake making use of the Switch’s dual joysticks.

Some changes have been made to the opening hours of The Legend of #Zelda: #SkywardSwordHD to make for a smoother play experience, and to get you on your grand adventure to the surface world sooner! Here’s one example where mandatory advice from Horwell has been adjusted. pic.twitter.com/KofowPZwn4

It’s also been announced that the introduction to the game have been streamlined. As Nintendo explains, “some changes have been made to the opening hours of The Legend of Zelda: Skyward Sword HD to make for a smoother play experience, and to get you on your grand adventure to the surface world sooner.”

They’ve also added an auto-save feature that saves your progress “at regular intervals” to go alongside the bird statue checkpoints.

The Legend of Zelda: Skyward Sword HD releases for Nintendo Switch on July 16. It comes with various quality of life improvements such as an enhanced frame rate of 60FPS compared to the original’s 30FPS, the option to fast-forward dialogue, and even skip cut scenes.

According to Heritage Auctions, the listing for a sealed “NES R” copy of The Legend Of Zelda 1987 was “the apotheosis of rarity, cultural significance, and collection centerpieces”.

The post ‘The Legend of Zelda: Skyward Sword HD’ will finally have a free-moving camera appeared first on Askhiphop.