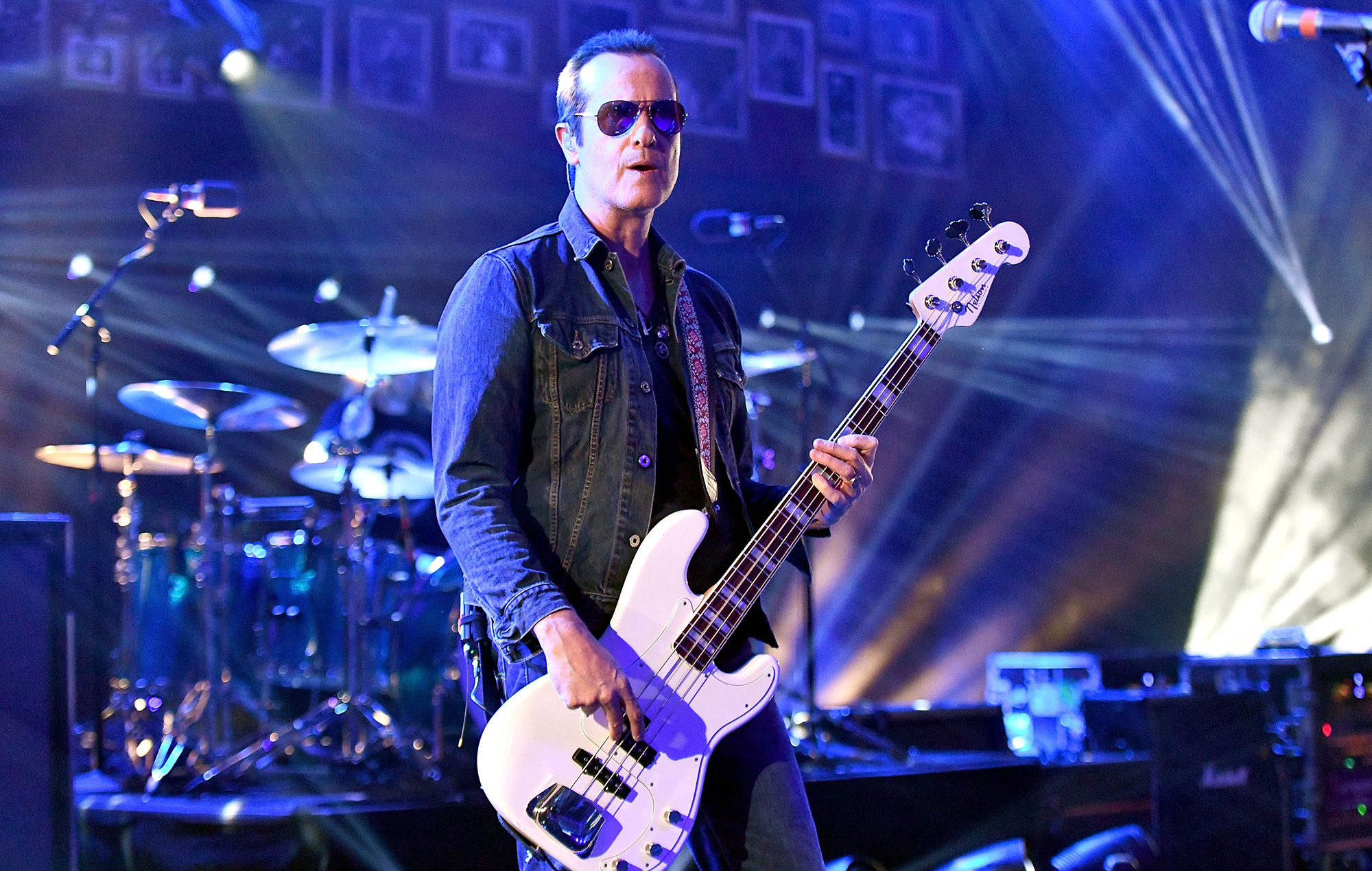 “These are interesting times,” the bassist told Guitar World in an interview published on Thursday (July 15). “The people that are in this business of entertainment are the last to kind of shove off on what we used to be doing.

“We’re kind of at the mercy of the hands of this pandemic and seeing where this all takes us.”

Closing that conversation by saying he was hopeful “to see a light at the end of the tunnel”, DeLeo had been participating in an interview surrounding the forthcoming release of a new box set of Stone Temple Pilots’ third studio album, ‘Tiny Music… Songs from the Vatican Gift Shop’, in celebration of its 25th anniversary.

Arguably the band’s most sonically diverse release to that point, ‘Tiny Music… Songs from the Vatican Gift Shop’ featured radio-ready rock hits like ‘Big Bang Baby’, ‘Trippin’ on a Hole in a Paper Heart’ and ‘Lady Picture Show’, and of course the vocal talents of their original singer, the late Scott Weiland.

Touching light-heartedly on the origins of the album’s name, DeLeo shared: “The album title came about because we had one of those things where you have a bunch of words on magnets that go on the refrigerator. I think Dean was the one who put together ‘Tiny Music’.

“That’s where it kind of all stemmed from – putting those two magnetic words together on a refrigerator.”

Returning to the future of Stone Temple Pilots, DeLeo spoke of their eighth studio album, ‘Perdida’, released in February 2020, and contemplated a revival of that release and a return to the live stage post-pandemic.

“I think just getting it out and making those emotions and everything in the songs was like therapy,” DeLeo said. “It was just a matter of getting that stuff out and getting it off your heart, mind and soul.

“It would be great to try to tour that and make that into something. I think people would really enjoy that. I would love to tour that.”

The post Stone Temple Pilots’ Robert DeLeo looks to the band’s past and future: “These are interesting times” appeared first on Askhiphop.