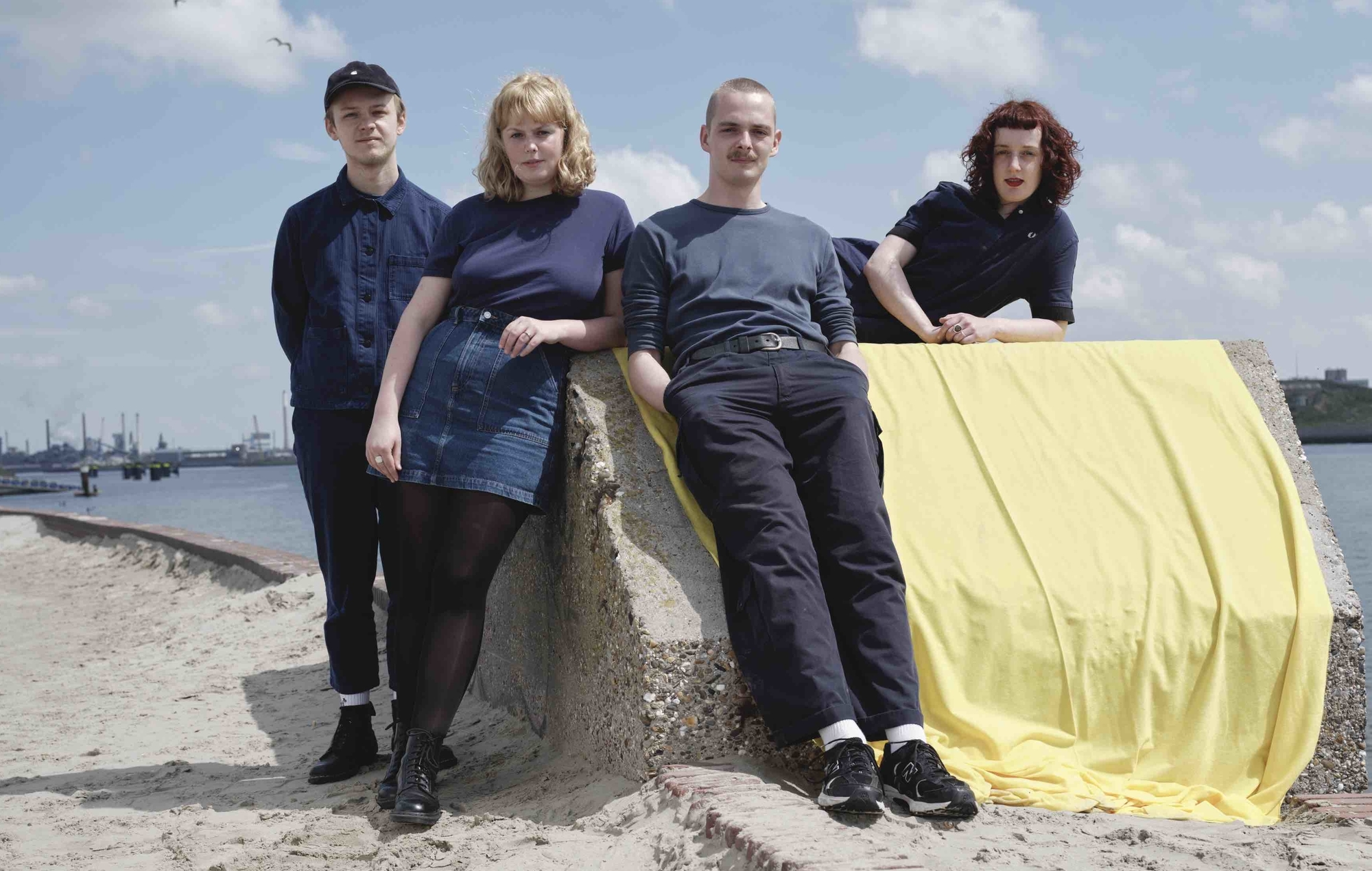 Pip Blom have announced a UK and Ireland 2022 headline tour and have shared a new single – you can listen to ‘It Should Have Been Fun’ below.

The news comes after the Amsterdam band recently announced details of their second studio album ‘Welcome Break’, which is set to arrive this autumn, and released its first single, the punchy and feel-good ‘Keep It Together’.

Speaking about ‘It Should Have Been Fun’, the band’s frontwoman, herself named Pip Blom, said: “When writing the tracks for the record I wanted there to be a song that didn’t have the structure of verse, chorus, verse, chorus, bridge, chorus 2x. It’s a common structure of course and I figured it could be cool to switch it up a bit.

“When the track starts it feels like it’s going to be a very sensitive, calm song. The verses capture the feeling of sadness, disappointment in yourself and someone else. But when the chorus starts the energy switches. It’s more angry, being fed up, wanting to change something, like there’s a tipping point. I really like how the track has these different parts that flow into each other.”

She added: “I can’t wait to play this track live and really give it our all when the final chorus hits.”

You can listen to ‘It Should Have Been Fun’ below:

‘Welcome Break’ is released via Heavenly Recordings on October 8. The full tracklisting for the album is as follows:

Self-produced and recorded at Ramsgate’s Big Jelly Studios, it will be Pip Blom’s first album since their debut ‘Boat’, which arrived in 2019.

In addition to announcing their UK and Ireland 2022 headline tour, Pip Blom were also recently confirmed as part of the National Lottery’s Revive Live Tour kicking off in September this year – see the full list of the band’s tour dates below:

Tickets go on general sale at 9:00am on July 23. Fans can gain early access to tickets by pre-ordering the album here.

The post Pip Blom share new single ‘It Should Have Been Fun’ and announce UK and Ireland tour appeared first on Askhiphop.