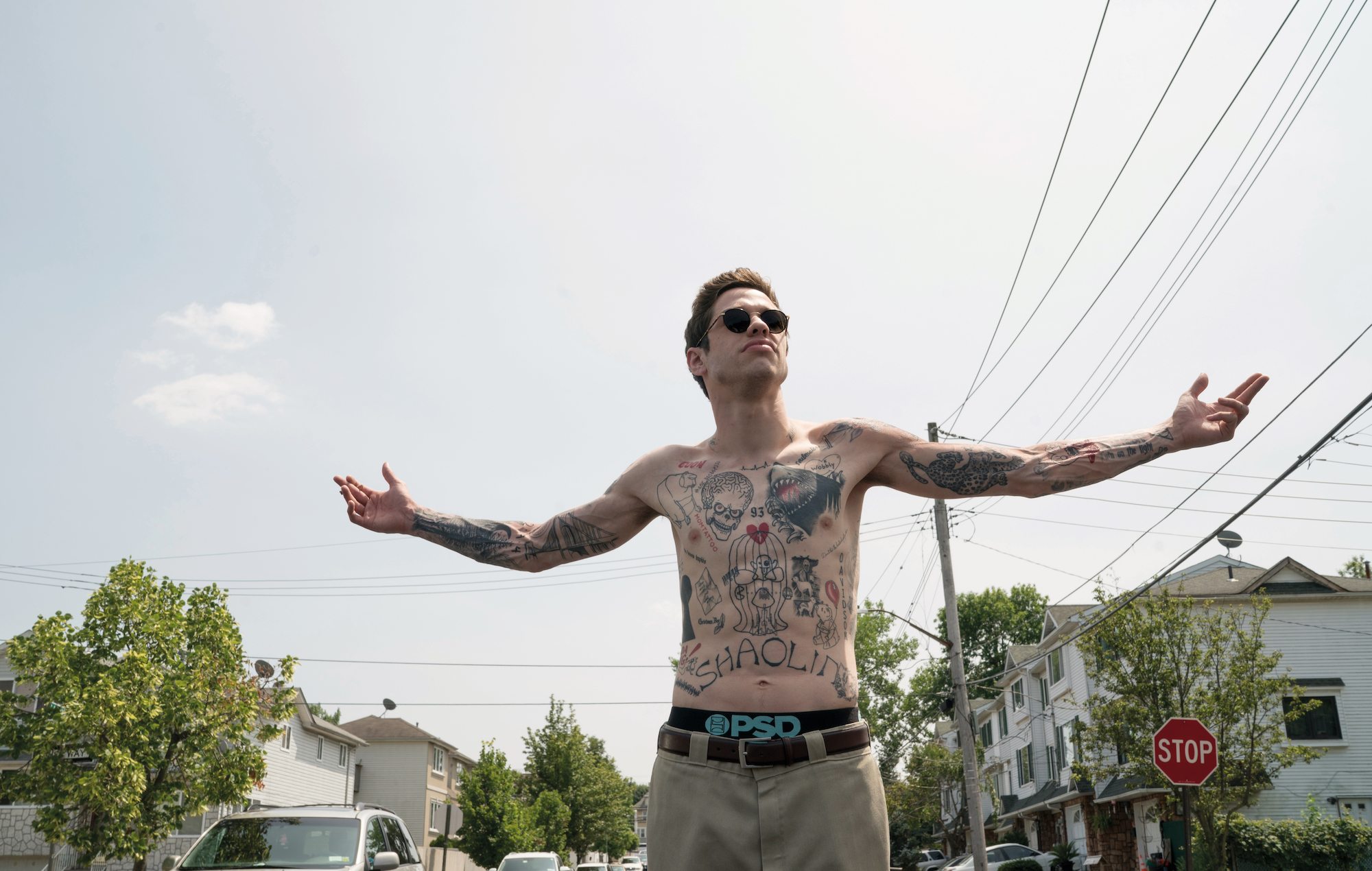 Pete Davidson has said he is planning on removing all 100 of his tattoos in the next three years.

The actor previously spoke about getting rid of his tattoos as they take too long to cover up while filming various roles, and has now said he has started the process of removing them.

“I get my next treatment [in] like a month or so,” Davidson recently told People.

“They said by the time I’m 30, they should all be gone. So they got, like, two more years left of this.”

In May, Davidson told late night host Seth Meyers what the removal process involved: “Burning them off is worse than getting them, because not only are they burning off your skin, but you’re wearing these big goggles, right?

“So you can’t see anything, and the doctor’s in there with you.”

“I would’ve killed myself,” Davidson told The Breakfast Club. “Absolutely. One hundred per cent. I truly believe if ‘Man on the Moon’ didn’t come out, I wouldn’t be here.”

In the same interview, Davidson also praised Kid Cudi’s SNL performance which saw him taking to the stage in a dress designed by Virgil Abloh.

“I loved it. I thought it was great,” Davidson said of Kid Cudi’s dress.

“When you get criticism like that… It’s just like, okay cool. Those are people I don’t really want to associate myself with anyway. People that are that close-minded. I thought it was really cool and like a really cool tribute. Virgil [Abloh] made it, it’s sick. They’re gonna sell it as a unisex dress. I thought he killed it.”

The post Pete Davidson planning to remove all 100 of his tattoos in next three years appeared first on Askhiphop.