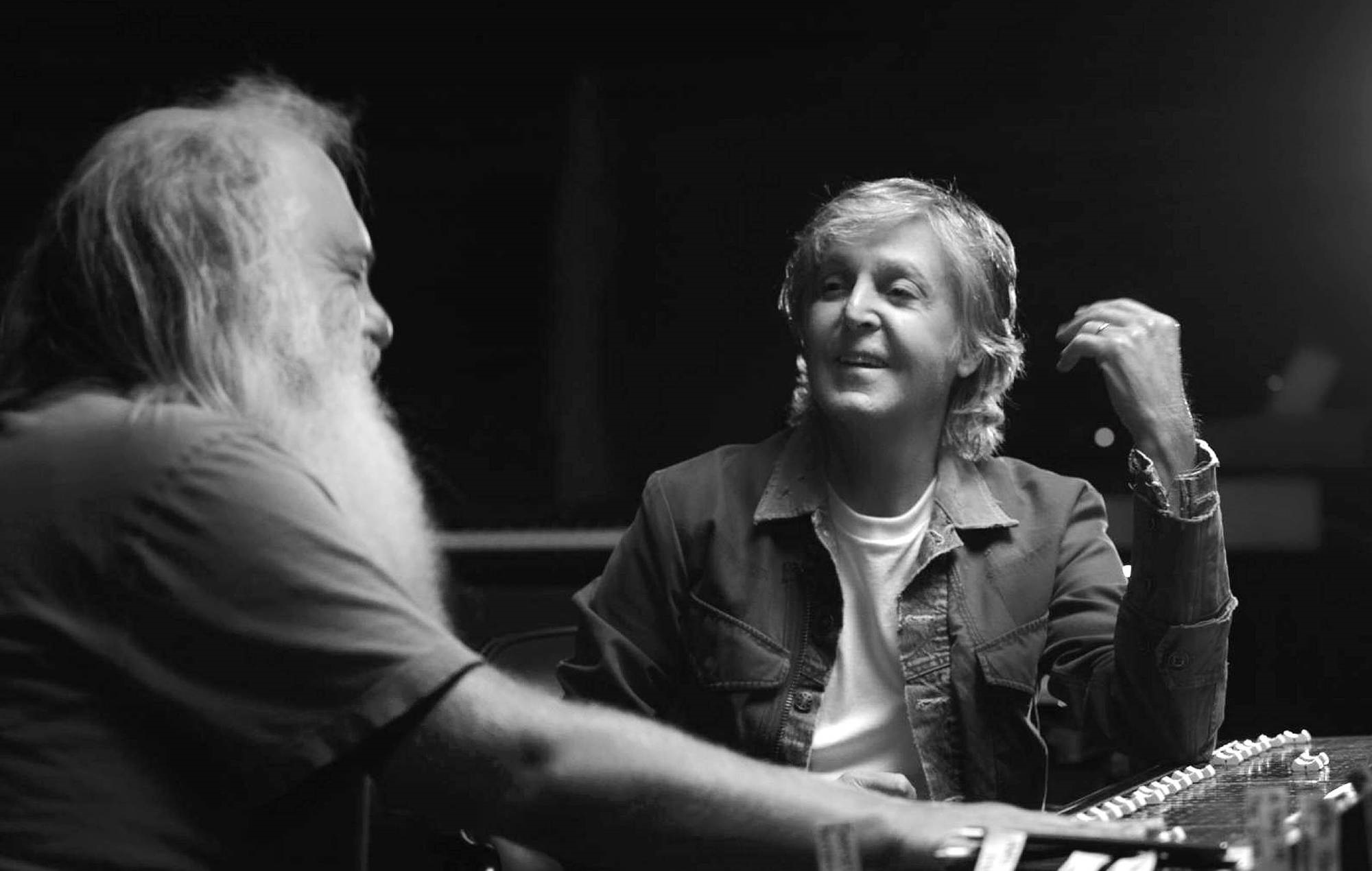 Disney+ has confirmed that Paul McCartney‘s forthcoming docuseries McCartney 3,2,1 will air in the UK on the streaming service next month.

The upcoming six-episode documentary series already premiered in the US on Hulu last week but it has now been confirmed that viewers in the UK will get to see the first episode on August 25.

The show will see the legendary musician break down his music career in depth with acclaimed producer Rick Rubin.

“In this six-episode series that explores music and creativity in a unique and revelatory manner, the documentary gives a front-row seat to Paul and Rick in an intimate conversation about the songwriting, influences and personal relationships that informed the iconic songs that have served as the soundtracks of our lives,” a synopsis for the series reads.

The pair are seen dissecting Beatles songs including ‘Come Together’, ‘All My Loving’, ‘With A Little Help From My Friends’ and ‘In My Life’ in the trailer, which you can watch above.

Meanwhile, Disney+ also recently confirmed that Peter Jackson’s forthcoming docuseries about the Fab Four, Get Back is also coming to the streaming service later this year.

The Beatles film will focus on the making of the band’s penultimate studio album ‘Let It Be’ and will showcase their final concert as a band, on London’s Savile Row rooftop, in its entirety.

It was cut from 55 hours of unseen footage filmed by Michael Lindsay-Hogg in 1969, and 140 hours of mostly unheard audio from the recording sessions.

As a result of the lengthy footage the documentary will be presented as three separate episodes on Disney+: on November 25, 26 and 27. Each episode is approximately two hours in length.

Ahead of the documentary’s release, The Beatles: Get Back book will come out on October 12 which features transcriptions of the band’s recorded conversations and hundreds of exclusive, never before published photos from the three weeks of sessions.

The post Paul McCartney’s docuseries ‘McCartney 3,2,1’ coming to Disney+ in the UK appeared first on Askhiphop.