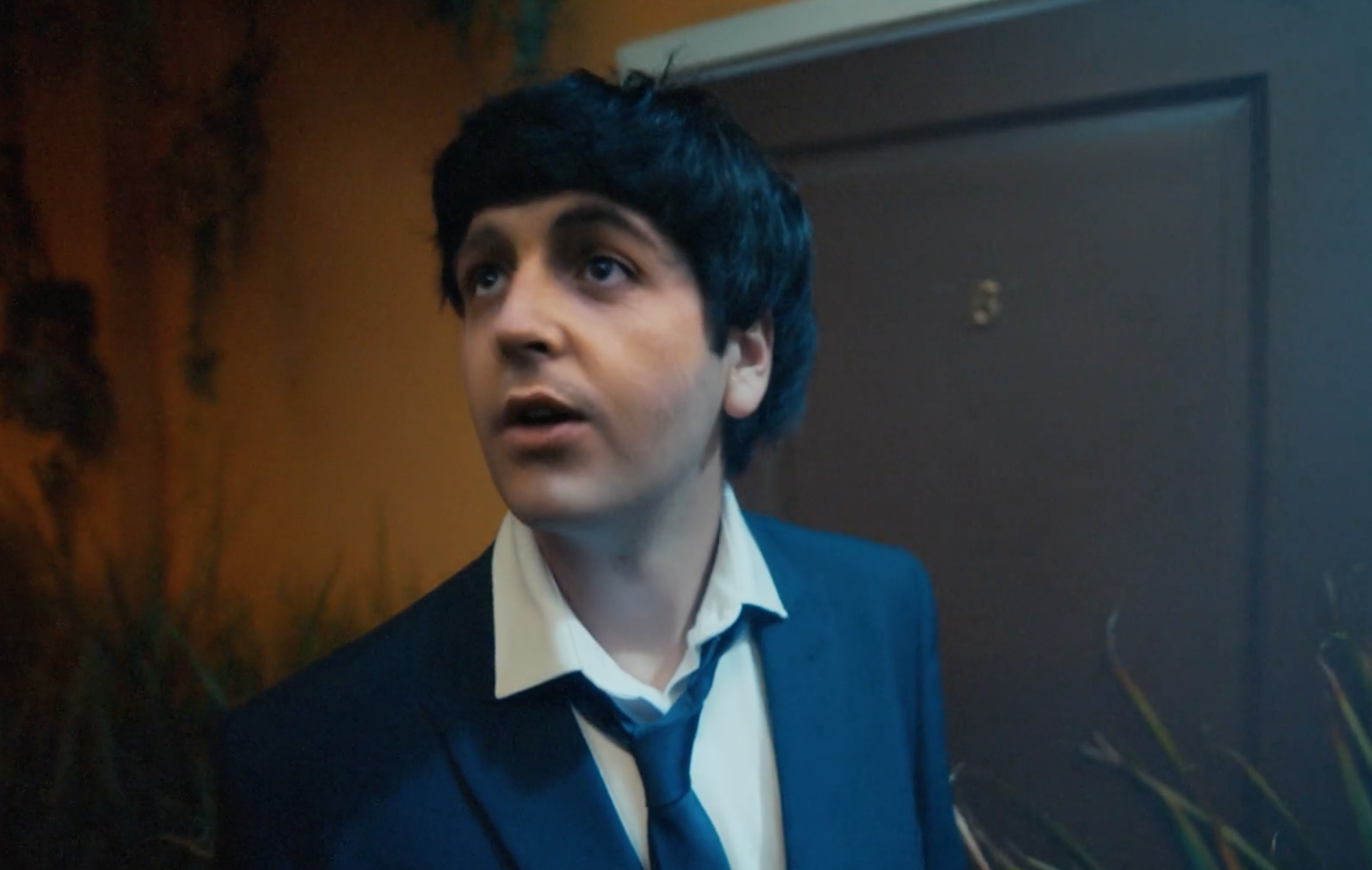 Paul McCartney has shared a trippy new video for his latest single, ‘Find My Way’, featuring Beck – you can watch it below.

Taken from the Beatles legend’s most recent album, ‘McCartney III: Imagined’ – a reworking of last year’s ‘McCartney III’ – the ‘Find My Way’ visuals sees a digitally de-aged McCartney dance the halls of a hotel before being transported to various other locations.

The colourful, funk-driven, disco-inspired video was directed by Andrew Donoho (Janelle Monae, The Strokes, Khalid) and co-produced with Hyperreal Digital, which specialises in the creation of hyper-realistic digital avatars. The video also features choreography from Phil Tayag (Bruno Mars, Jabbawockeez).

“The technology to de-age talent and have them perform in creative environments like this is now fully-realised, even with one of the most recognised faces in the world,” Hyperreal’s CEO Remington Scott said of the technology used in the video.

Watch the video for ‘Find My Way’ below:

The digital version of ‘McCartney III: Imagined’ was released back in April. It will be available on vinyl, CD and cassette from tomorrow (July 23) – you can pre-order here.

In a four-star review of the LP, Askhiphop’s Thomas Smith said: “‘McCartney III: Imagined’ is another fine entry into the self-titled collection. The sheer star-power and respect from contemporaries and newbies is another flex that proves the endeavour, which started over 51 years ago, was a worthy one.”

Earlier this month, Disney+ confirmed that Paul McCartney‘s forthcoming docu-series McCartney 3,2,1 will air in the UK on the streaming service next month.

The upcoming six-episode documentary series already premiered in the US on Hulu last week but it has now been confirmed that viewers in the UK will get to see the first episode on August 25.

Meanwhile, Beck has rescheduled his forthcoming UK tour to 2022 and has added several new dates.