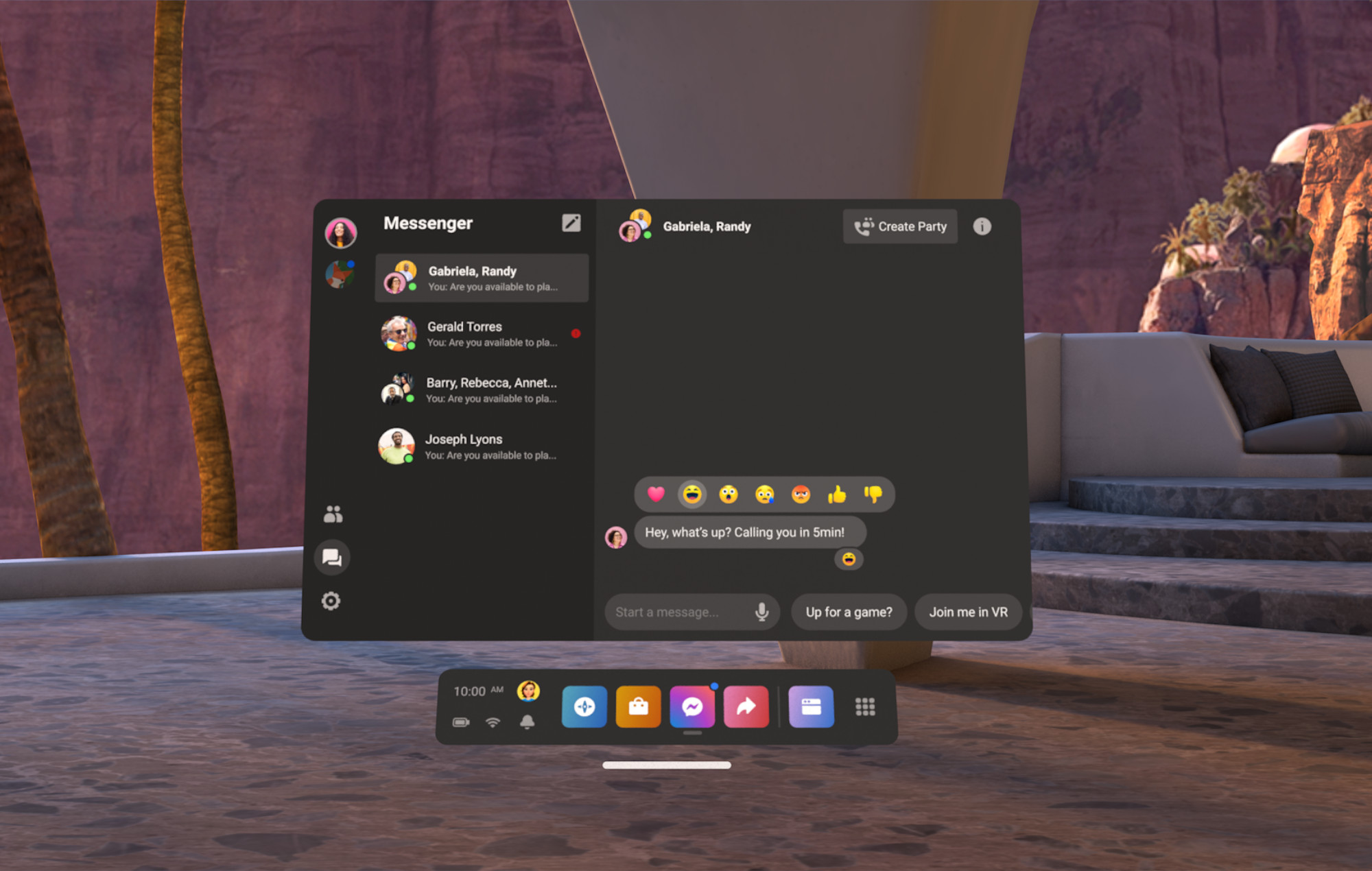 Most of the new features from the Oculus update focus on connecting with friends. A new way to invite friends has been added, allowing for invites through an “invite to app” button.

The button will be located in the Quest universal menu in any app that supports it. This sends a pop-up notification to friends or people you have played with recently. If they accept the invite, then they will be loaded into your multiplayer session.

To assist with managing groups, there is now a way to view your current group. From here, you can manage players or re-join them if you get separated.

So far, this system is being tested with Beat Saber, Blaston, Demeo, Echo VR, and others. The feature will be released soon with Oculus updates rolled out gradually. It may take some time for the update to reach your headset.

You wanted another update, so we got you another update. V31 is coming to a headset near you with upgraded multiplayer, security, and Messenger features. We’re up against a character count, so check out our blog to learn more.

Oculus has also added a new way to create groups from outside the headset. Users can choose a game in the app and generate a link code. This link code can be active for as long as the player likes. This link code can then be sent to anyone and allows for temporary team-ups without committing to a friend request.

The messenger service also has a new feature in the update, now adding read and send receipts to messages. Reactions have also been added to allow for direct and quick responses using emojis.

Finally, new security settings have been added to the Oculus system, with the option to change or reset an unlock pattern. This pattern can be used to protect logins or the use of saved passwords. These saved passwords are new in this update, and users can choose to save and autofill information. For full details, visit the Oculus site.

Passwords remain encrypted on the headset and can be deleted at any time.

In other news, EA Play Live is tonight and is expected to contain a generous amount of Battlefield 2042. The event may also reveal the rumoured Dead Space reboot.