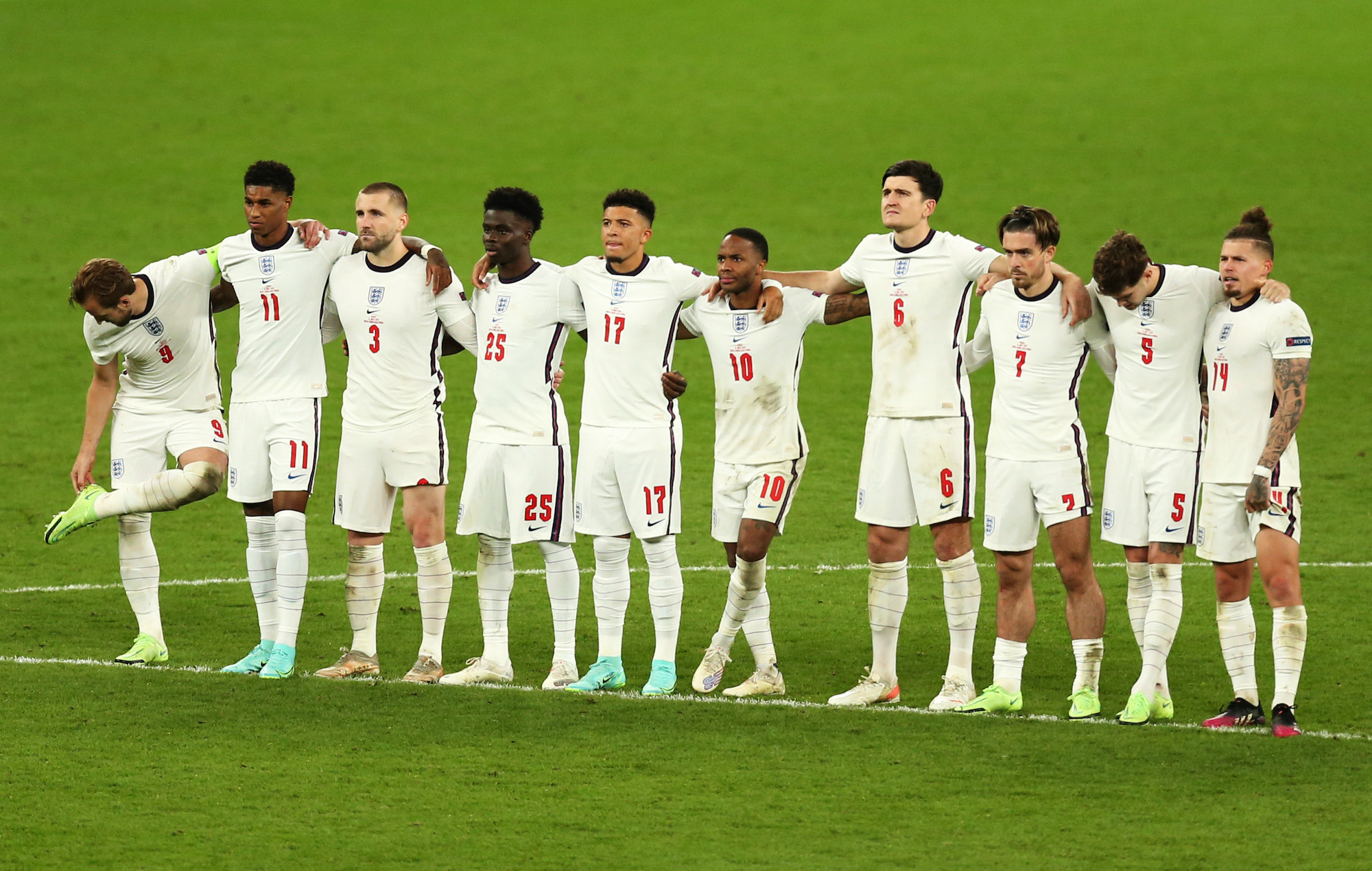 Stars from across the music and entertainment world are paying tribute to Gareth Southgate’s England team after they lost the final of Euro 2020 to Italy on penalties last night (July 11).

The team’s appearance in the final, held at Wembley Stadium in London, was their first time being in a major tournament final in 55 years.

Ahead of the match, England striker Harry Kane revealed that Tom Cruise was among the celebrity well-wishers ahead of the team’s momentous final, while earlier on Sunday The Lightning Seeds were joined by David Baddiel, Frank Skinner and England’s 1966 World Cup-winning striker Geoff Hurst for a special intimate gig in London.

After England took the lead through a Luke Shaw strike in the second minute of the game, Italy equalised mid-way through the second half, taking the game to extra time and eventually penalties.

Misses from Marcus Rashford, Jadon Sancho and Bukayo Saka then saw Italy win the shootout by three penalties to two.

In the wake of the loss, stars have been showing their support for Southgate and his team on social media.

A frequent and fervent supporter of the England team, Adele shared a photo of herself in an England shirt on Instagram, writing: “You did us so proud! You brought our game home and brought us all together.”

Liam Gallagher was among others paying tribute to the side, who recorded their best performance in a major international tournament for over half a century.

“Gutted about the footy but gotta BIG UP the lads and Gareth Southgate and the fans that was something else,” he tweeted. “We go again on the World Cup peace n love and most of all RESPECT.”

Gallagher also tweeted his support for Arsenal’s 19-year-old winger Saka, who missed the decisive penalty. “Love Saka,” he wrote, adding: “It’s all good Bruv I love you kid we go and smash the World Cup.”

“All the boys made us so proud!!!!!” Dua Lipa added on Instagram, also sharing her support for Saka by posting a photo of the player on Instagram. “Well done on such a great game! We love you England we’ll bring it home soon enough.”

Stephen Fry also joined the reactions to the game, referencing the 55 years since England were last in a major final.

“Alright, football gods, I’ll wait another 55 years then,” he tweeted. “But I warn you, unless biotech comes up with something impressive, I’ll fairly certainly be dead… Bah, grr, poo and bother.”

Alright, football gods, I’ll wait another 55 years then. But I warn you, unless biotech comes up with something impressive, I’ll fairly certainly be dead…

David Baddiel also referenced his own England anthem ‘Three Lions’, writing: “Woken up with my own song in my head sounding this morning like a heckle.”

All the penalty takers were heroes. Southgate as a person is a hero too. But as a manager he is too nervous about taking the brakes off, about all-out attacking play, which sometimes you need to do to win a tournament at the highest level. Except Greece in 2004 of course.

Woken up with my own song in my head sounding this morning like a heckle.

Ahead of the Euro 2020 final, Aitch shared a spoken word piece which heard him describe what it means to be an England football fan.

Frank Skinner, meanwhile, claimed that UEFA turned down a performance of ‘Three Lions’ by himself and David Baddiel at the Euro 2020 final.