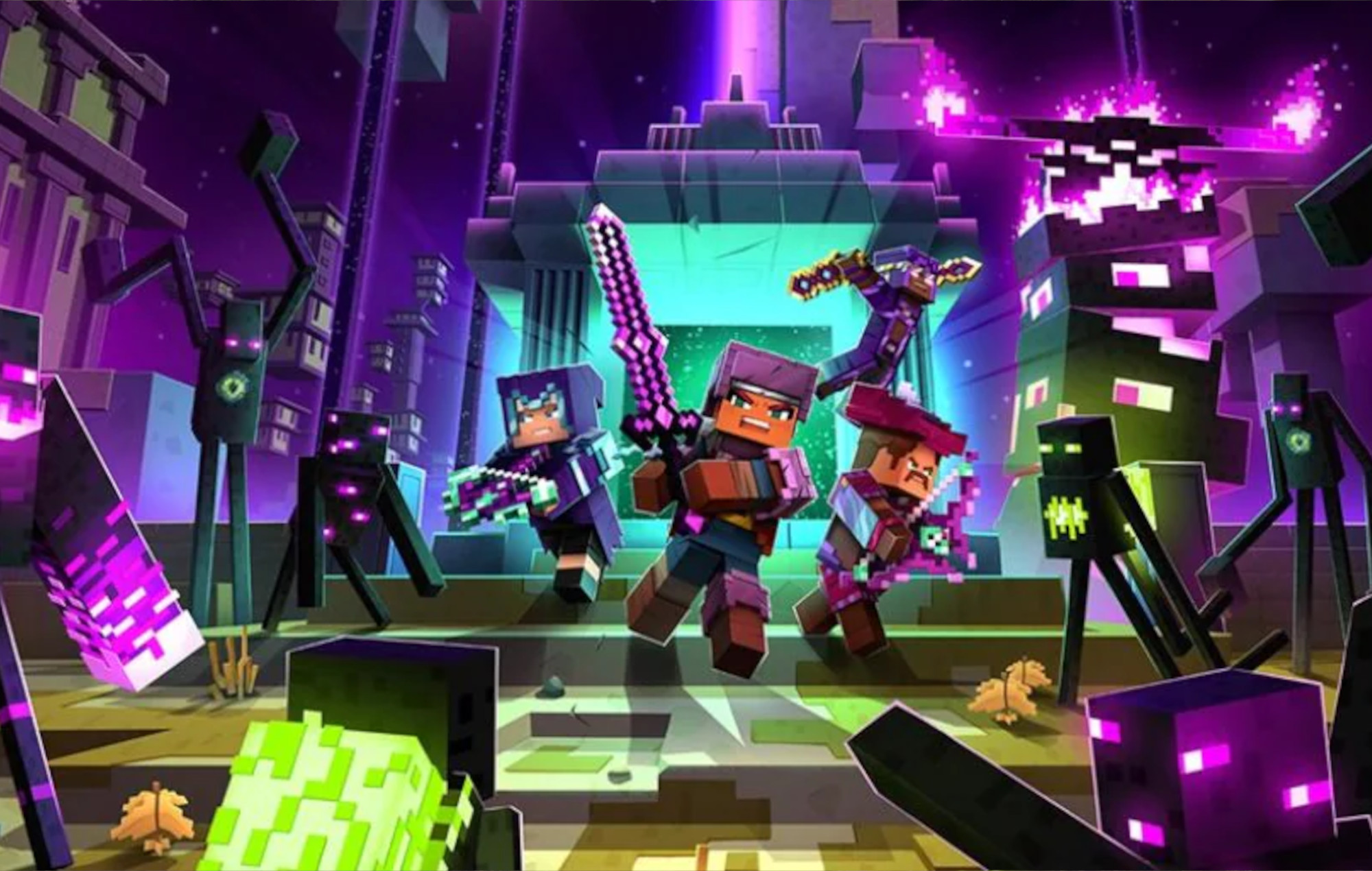 Minecraft Dungeons has received five DLC expansions so far, and now the sixth has been announced. Echoing Void will release on all platforms on July 28.

The new DLC will take players to The End, a biome familiar to players of Minecraft. The End is the presumed homeland of the Endermen and features an alien landscape surrounded by cosmic darkness.

Echoing Void will be the conclusion of the story Dungeons has built over the past year, but will not be the final DLC for the game. Mojang saying there is “plenty more to come” in a post.

Heroes! The hour is late, the threat is real, the End is nigh!

Echoing Void DLC teleports into Dungeons on July 28 – together with the game’s Ultimate Edition of all six DLCs! Read more as the story reaches its final-dimensional conclusion:

Launching at the same time as Echoing Void is the new Minecraft Dungeons: Ultimate Edition which includes the base game and all six DLCs. This includes Jungle Awakens, Creeping Winter, Howling Peaks, Flames of the Nether, Hidden Depths, and the brand-new Echoing Void.

This pack will be available at a lower price than if all items were purchased separately and will be a good option for those who have not tried the hack-and-slash looter yet.

A free update will launch alongside the DLC, which adds a new mission called the Gauntlet Of Gales. The unique maze-like mission will test players with “tricky trials and perplexing puzzles” and will “require everything from wit and cunning to endurance and determination.”

The arcade machine will allow four players to jump into dungeons and will provide cards that can be scanned to give players in-game gear to use the next time they are at the cabinet.