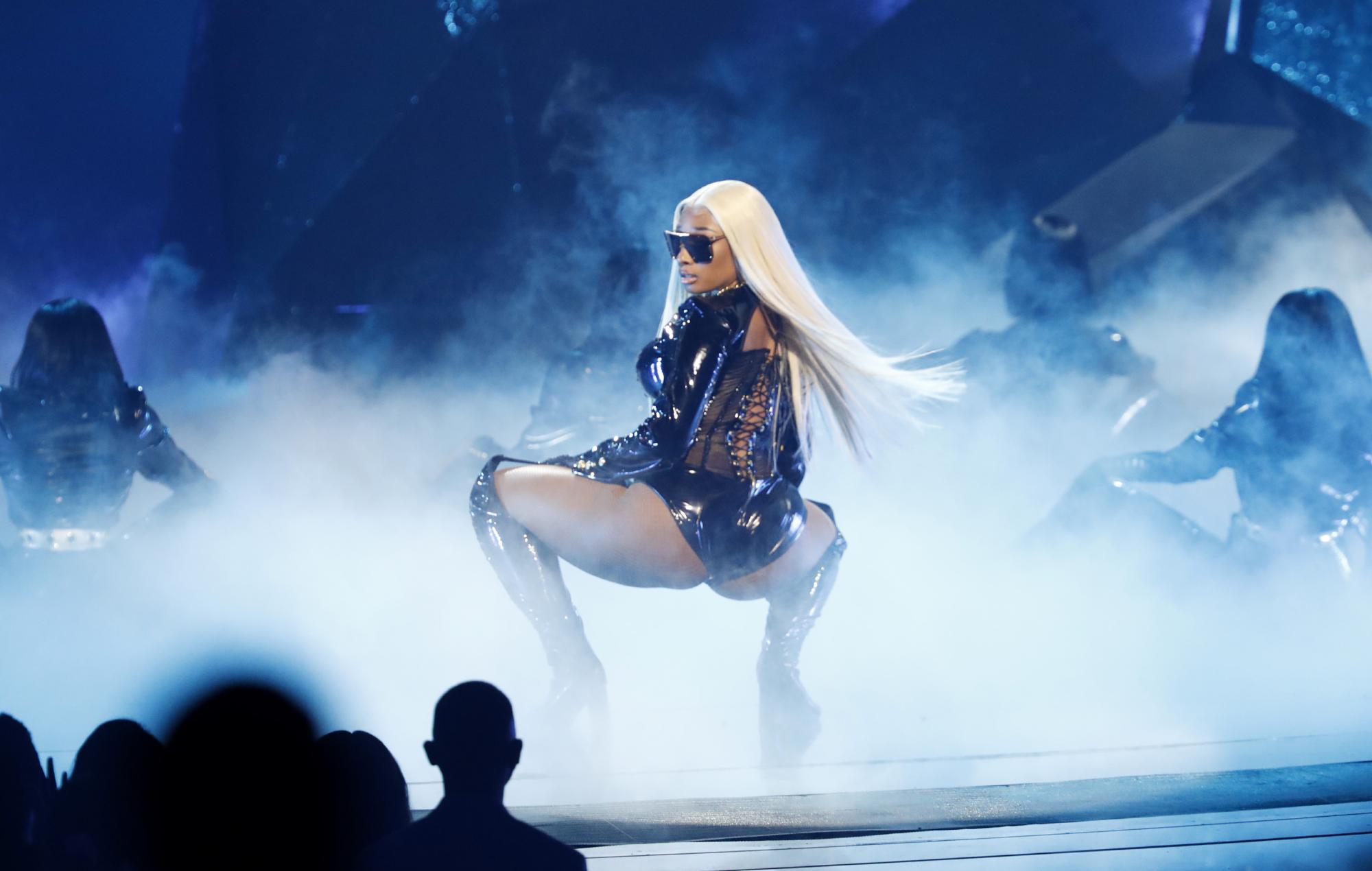 Megan Thee Stallion has become the first rapper to feature on the cover of Sports Illustrated’s Swimsuit Issue.

The rapper joins tennis star Naomi Osaka and actress Leyna Bloom in holding an individual cover of the annual edition.

She took to Instagram to share a snap of the splash, writing: “Thee first female rapper on the cover of @si_swimsuit. I want to thank all the strong women in my life who inspired me to love my body and live my best hot girl life,” adding: “It means the world to me to be on this cover.”

In the photoshoot helmed by photographer James Macari Megan is seen posing in various bikinis and swimsuits on a Miami beach. The beachwear is from her Fashion Nova line.

Creative director M.J. Day said of the rap star’s feature on the cover [via MusicNews]: “Megan Thee Stallion doesn’t stay in one lane. In fact, she encourages everyone to be in multiple, and this is what we love about her. She captured the world’s attention with her music and style, but what caught our attention was her unfiltered approach to the way she makes you think.

“She uses her platform to push boundaries, dissect societal norms and encourage humans to think about the backward way our society continues to operate. Megan is a vessel for change, and we are honoured to have her on our 2021 cover.”

In other news, Megan thanked her fans recently for their support after her debut studio album ‘Good News’ went platinum in the US.

The record was released last November and features collaborations with the likes of Beyoncé, DaBaby and SZA.

‘Good News’ was awarded platinum status by the Recording Industry Association of America (July 15) after it surpassed one million sales in the US. The album was previously certified gold back in January.