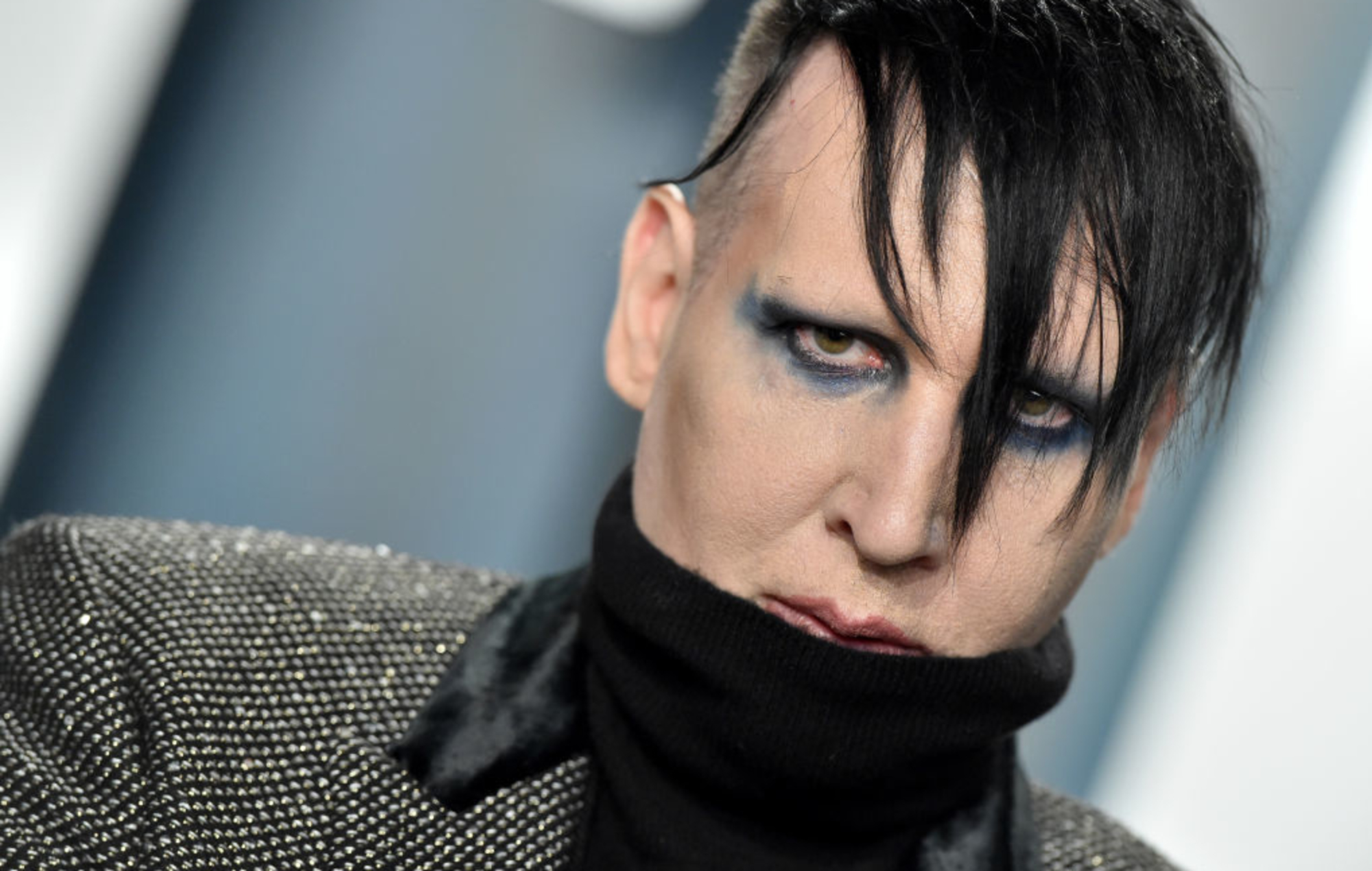 Marilyn Manson turned himself into police on Friday (July 2) and was released on bail for an alleged spitting incident in New Hampshire, it is being reported.

According to People, the rock star (real name Brian Warner) surrendered himself to the Hollywood division of Los Angeles Police Department over two counts of Class A misdemeanour simple assault.

It comes after a warrant was issued for Manson’s arrest following allegations he spat at and shot snot on a videographer during a performance in the town of Gilford, New Hampshire, in 2019.

In a statement to Askhiphop at the time of the warrant, Manson’s lawyer Howard King said: “It is no secret to anyone who has attended a Marilyn Manson concert that he likes to be provocative on stage, especially in front of a camera.

“This misdemeanor claim was pursued after we received a demand from a venue videographer for more than $35,000 after a small amount of spit came into contact with their arm. After we asked for evidence of any alleged damages, we never received a reply.

“This whole claim is ludicrous, but we remain committed to cooperating with authorities, as we have done throughout.”

People reported that Manson has been released on personal recognisance bail, and that the police department is “pleased with Mr. Warner’s decision to finally address the arrest warrant that has been outstanding since 2019.”

Smithline had previously detailed her allegations against the singer in a May interview with People, claiming he raped her, cut her and locked her in a glass, soundproofed room.

In the lawsuit, filed in California and reported by Rolling Stone, Smithline is seeking damages for “sexual assault, sexual battery, intentional infliction of emotional distress, unlawful imprisonment, violations of the Bane Act, and/or violations of the Trafficking Victims Protection Reauthorization Act”.

A representative for Manson told Rolling Stone the singer “strongly denies” the allegations made by Smithline.

Manson is facing similar lawsuits from Game Of Thrones actor Esme Bianco, his former assistant Ashley Walters and an anonymous ex-girlfriend only identified as Jane Doe. Manson has repeatedly denied any wrongdoing and said his relationships with the women were all consensual.

Manson was dropped by his label Loma Vista in February, shortly after a number of women, including his former partner Evan Rachel Wood, came forth publicly with allegations of sexual abuse and misconduct against him. Manson has denied the allegations, calling them “horrible distortions of reality” in a February statement.

For help, advice or more information regarding sexual harassment, assault and rape in the UK, visit the Rape Crisis charity website. In the US, visit RAINN.

The post Marilyn Manson turns himself into police for alleged spitting incident in New Hampshire appeared first on Askhiphop.