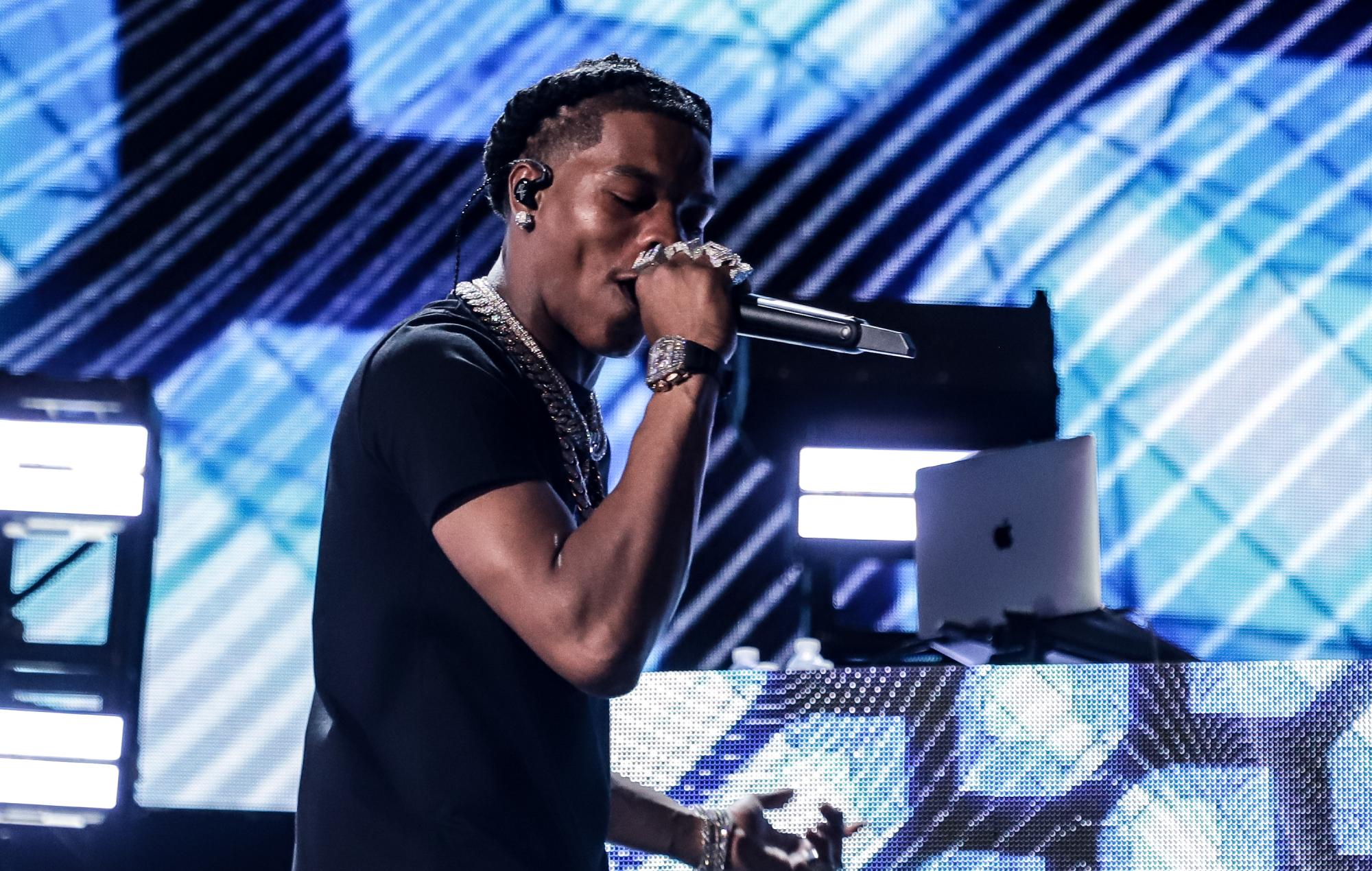 Lil Baby has been taken into custody after being charged with transporting drugs in Paris.

The rapper and another man were arrested in the French capital yesterday (July 8) and later charged, the Paris prosecutor’s office told CBS News.

Lil Baby, whose real name is Dominique Jones, has been attending Paris Fashion Week events with NBA star James Harden, the latter of whom prosecutors said was “not arrested nor placed in custody”.

French newspaper Le Parisien reported that police said they checked a vehicle that smelled like cannabis at around 4.30pm local time. The police later shared the video on Twitter to show that the search of the vehicle was justified.

A clip shared online that has since gone viral appears to show police officers questioning Harden and another man. Harden can be heard saying, “I don’t understand.”

A representative for Lil Baby did not immediately respond to CBS News‘ request for comment.

Baby and Harden were photographed together on Wednesday (July 7) arriving at a Balenciaga event for Paris Fashion Week. The pair have bonded over music, with Harden also having a producer credit on Lil Baby’s latest record with Lil Durk, ‘The Voice Of The Heroes‘.

Lil Baby is set to perform at this year’s Wireless Festival in London. The festival’s 2021 line-up includes headline performances by Future, Skepta and Migos.

The annual festival is moving to south London’s Crystal Palace Park for this year’s event, which is due to run from September 10-12.

The post Lil Baby taken into custody in Paris over drug charge appeared first on Askhiphop.