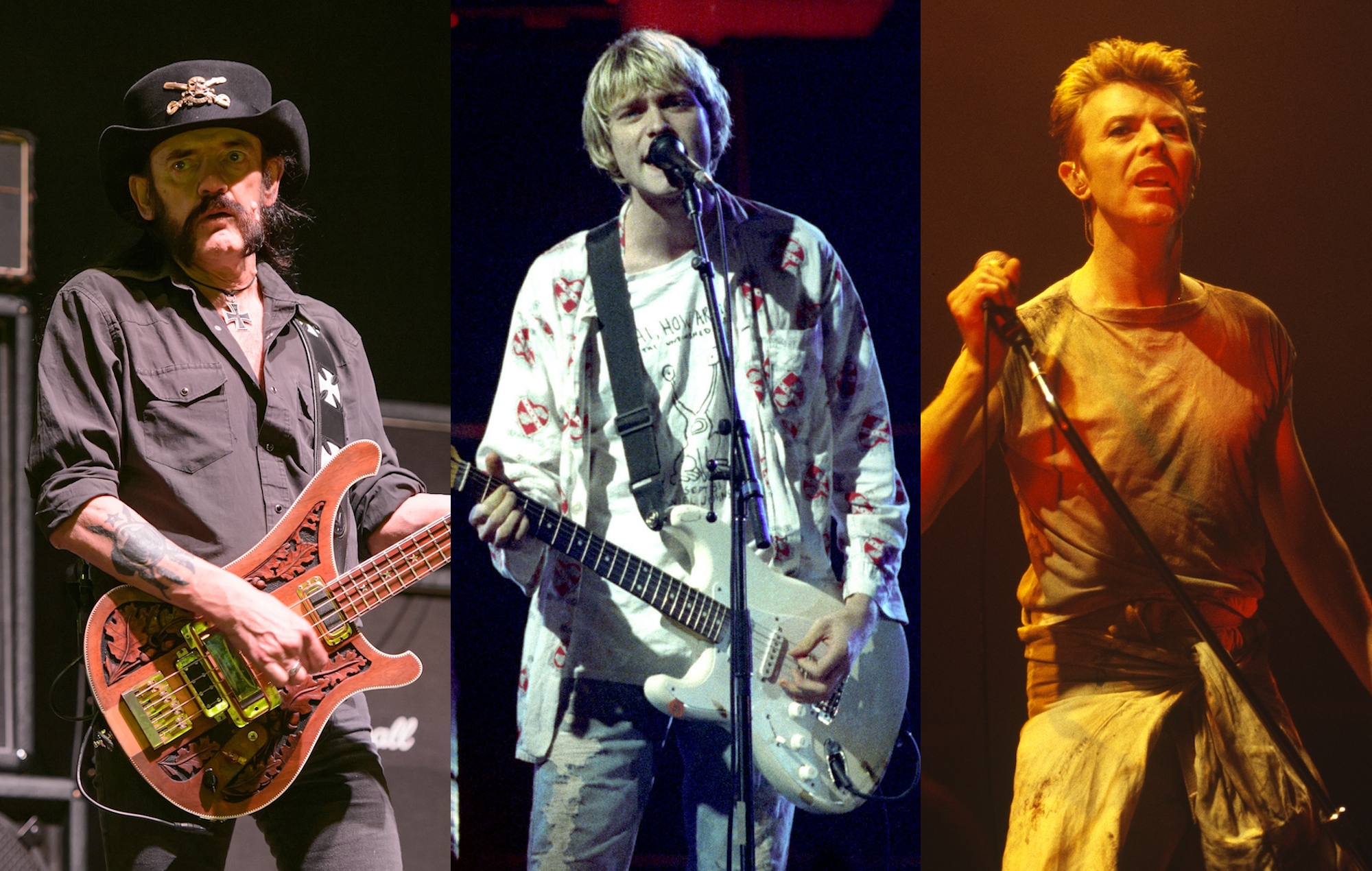 Kurt Cobain, Lemmy, David Bowie and more rock icons will appear in a new colouring book in the Beauty Of Horror series.

The line of colouring books was created by Alan Robert, the bassist and lyricist in the New York alt-metal band Life Of Agony.

Haunt Of Fame will be the fifth instalment in the series, which features stars from rock, metal and across the broad spectrum of pop culture. As a trailer for the new book reveals, Cobain, Lemmy and Bowie will be joined on the pages by the likes of the stars of Golden Girls, Jimi Hendrix, The Ramones and the flying monkeys from The Wizard Of Oz.

The colouring book will also feature Roberts’ own character, called Ghoulina. The ghost girl will also be transformed into a five-inch figurine as she joins collectables company NECA’s ‘Tiny Terrors’ line.

Of the latter, Roberts said: “To see Ghouliana smiling her piranha-like grin alongside gruesome greats like The Nun, Scream’s Ghost Face, and Michael Myers is a huge honour for me. I feel like my little undead girl is all grown up!”

A release date for the Ghoulina figure is yet to be announced, while The Beauty Of Horror 5: Haunt Of Fame will be released on August 24, via IDW Publishing.

Meanwhile, Cobain will be honoured by Fender later this year, with the guitar brand planning to release a replica of the Nirvana frontman’s Jag-stang model. The guitar combines the Jaguar and Mustang models and will be released to mark the 30th anniversary of Nirvana’s ‘Nevemind’ in September.

The post Kurt Cobain, David Bowie, Lemmy and many more to feature in new colouring book appeared first on Askhiphop.