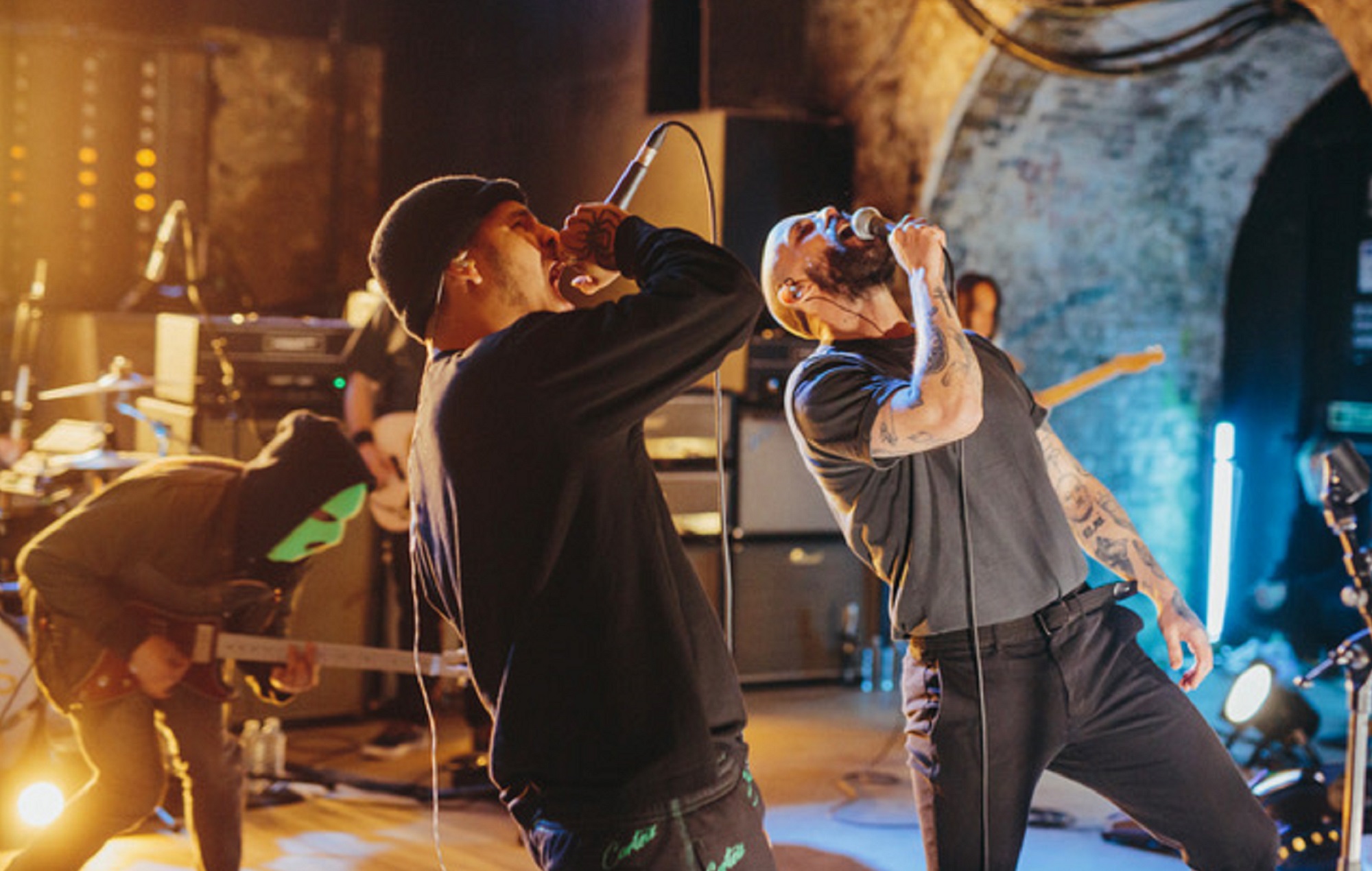 IDLES have enlisted Slowthai for a new version of ‘Model Village’, which originally appeared on the Bristol band’s last record ‘Ultra Mono’.

The band’s Slowthai collaboration has also been recorded as a studio version. You can hear that below, and pre-order an exclusive 7″ vinyl of the track here.

IDLES and Slowthai have been friends since the summer of 2019. In September that year, Talbot hailed Slowthai as “a vibrant and important voice in the world and obviously Britain. I respect him and I love him as a person.”

Slowthai returned the favour, saying: “We just see eye-to-eye and we just don’t care. You connect with some people, you don’t connect with others. I feel like it’s a brotherhood, they’re my brothers in arms forever.”

Last month, meanwhile, IDLES shared a brand new song called ‘Sodium’, part of the soundtrack for DC‘s Dark Nights: Death Metal, released by DC Comics as a tie in for the comic book series of the same name.

The post IDLES and Slowthai team up for intense new version of ‘Model Village’ appeared first on Askhiphop.