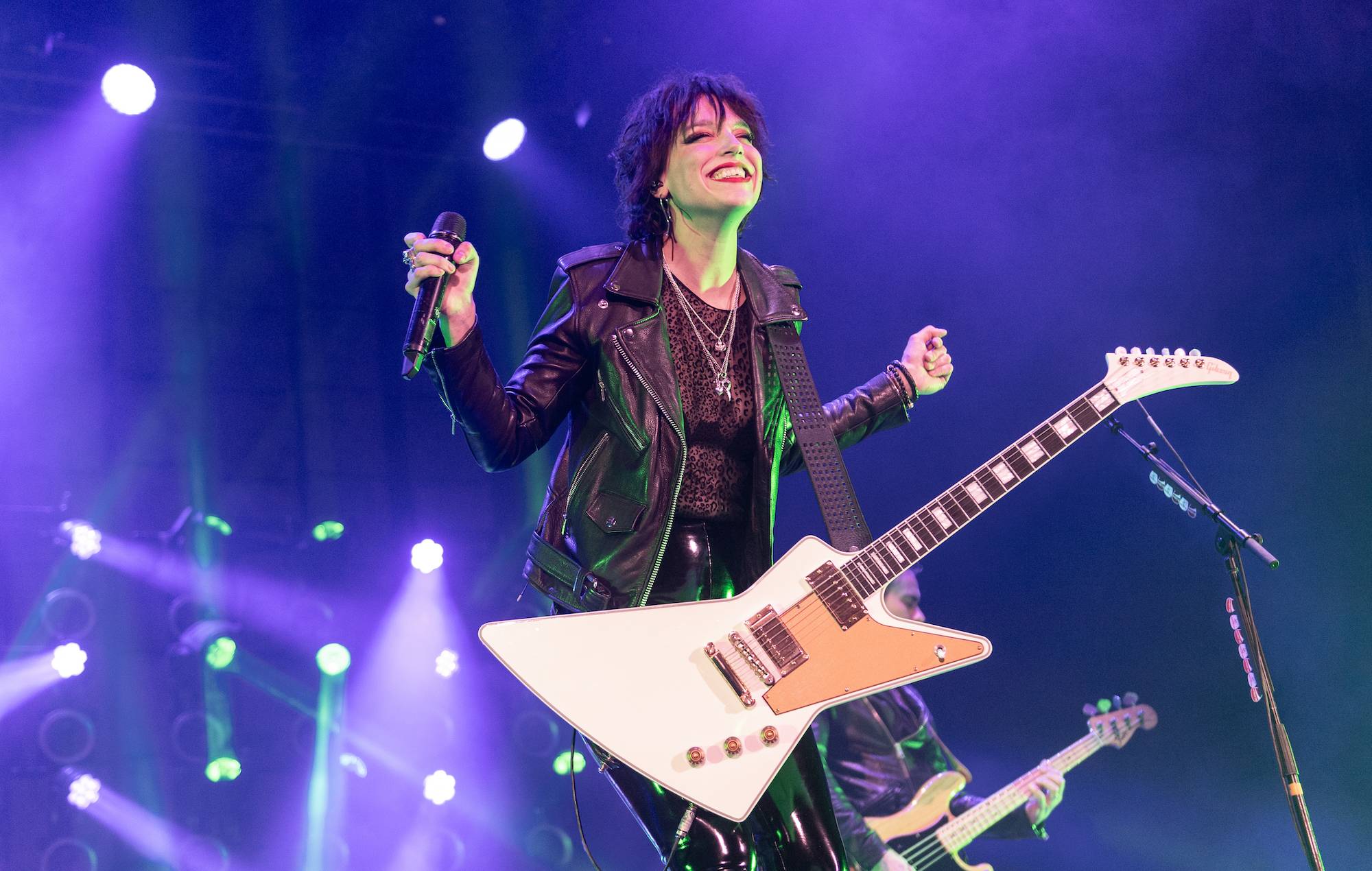 A new range of guitars and gear designed by the singer and songwriter have also been announced, with Hale also being named on the Gibson Gives Advisory Board.

Hale was revealed to be Gibson’s latest ambassador at a ceremony at the Gibson Garage in Nashville, Tennessee.

“I am beyond honoured to be named a Gibson ambassador,” Hale said in a statement. “Ever since I was 16 years old, it was my dream to someday be a part of the Gibson circle. It’s an incredible feeling to know that this dream has become a reality.”

She added: “Something magical ignites within me when I hold a Gibson guitar in my hands, the same guitars that my forefathers and foremothers of rock slung over their shoulders. With Gibson, I am the rockstar I’m meant to be.

“It is a privilege to represent my genre, my gender, and the incredible power of music that unites us all, with my beautiful Gibson Family.”

We are proud to officially announce that Lzzy Hale, frontwoman of the GRAMMY® Award-winning band Halestorm, has joined Gibson as the first female Brand Ambassador!#gibson @LZZYHALE pic.twitter.com/uCCCCARnHK

“It’s an honour to welcome Lzzy Hale as our newest Gibson Ambassador,” Gibson brand president Cesar Geuikian added in a statament. “Lzzy is an ambassador of music, not just Gibson. A powerhouse singer, badass guitarist, and an influential force in music, Lzzy is a trailblazer in every sense of the word.

“From early on in her career, Lzzy had a clear vision of what she wanted to achieve and put in the hard work to get there, without compromising. She has and continues to pave the way for other artists leading by example, breaking down barriers, and elevating Halestorm into a Grammy-award-winning band with a faithful fanbase worldwide.”

Earlier this year, Hale teamed up with Slipknot‘s Corey Taylor, Anthrax‘s Scott Ian and Slayer‘s Dave Lombardo on a new song called ‘Thunder Force’, taken from the soundtrack of the Netflix film of the same name, which was released back in April.