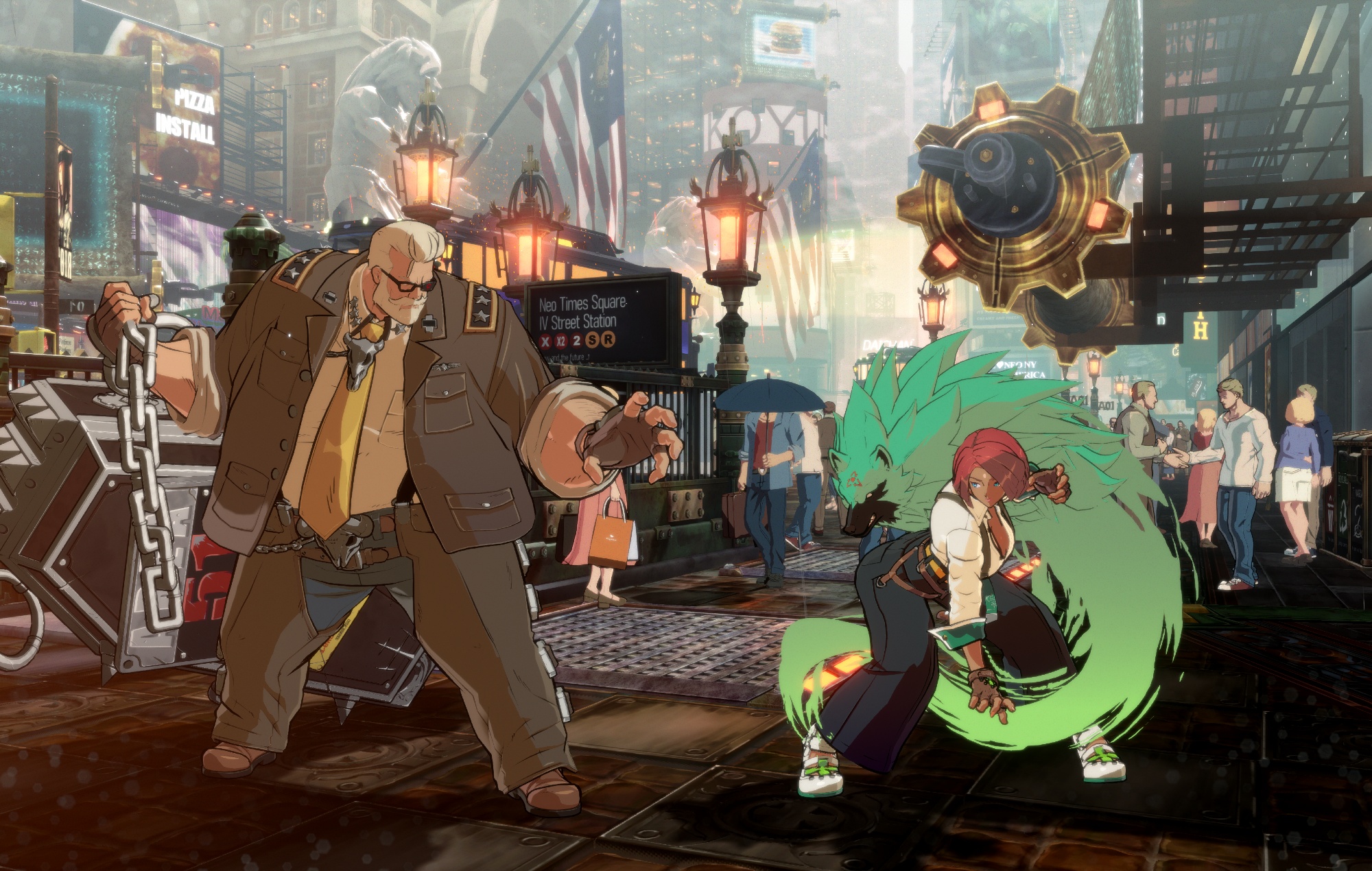 In the dystopian world of Guilty Gear, Dickinson serves as the Secretary of Absolute Defense in the US government. Described as an “overweight sheriff turned right-hand man of the President”, he first appeared in the story mode of Guilty Gear Strive’s base game as a supporting character.

Although the DLC marks Dickinson’s debut as a playable character in the Guilty Gear universe, he seems reminiscent of fellow heavyweight Potemkin – slow but powerful, with moves that take off heaps of damage if they connect.

Unlike some of the series’ slower characters, Dickinson – likely named after Iron Maiden vocalist Bruce Dickinson, as heavy metal and rock music influences are rife in Guilty Gear – does boast some ranged attacks, thanks to a laser hidden in his eyepatch.

Dickinson is also armed with a giant coffin, which he mainly uses to bludgeon enemies with. The coffin absolutely, definitely does not have an alien in it, despite the massive “AREA 51” metal plate fixed to it. Pay no attention to the “Warning: Extra-terrestrial. DO NOT ENTER!” poster on it, too.

Anyway, that’s enough on aliens – which, remember, definitely do not exist – as Dickinson can also pull out a chain gun in battle to drive foes back and deal tonnes of chip damage.

Four more DLC characters are set to be included in the first season pass, although their identities have not been revealed. The next is set to arrive in August 2021 and the third before the end of the year, characters four and five are coming in 2022.

The latter pair will each bring an additional battle stage with them, while five will launch alongside the Another Story mode for the game, which is also included in the season pass. The game is available on PS4, PS5, and PC.

Away from Guilty Gear, more anime-style gaming is inbound thanks to Konami, which has announced a trio of new Yu-Gi-Oh! games.

The post ‘Guilty Gear Strive’ unveils first DLC fighter, who has an alien in a coffin appeared first on Askhiphop.