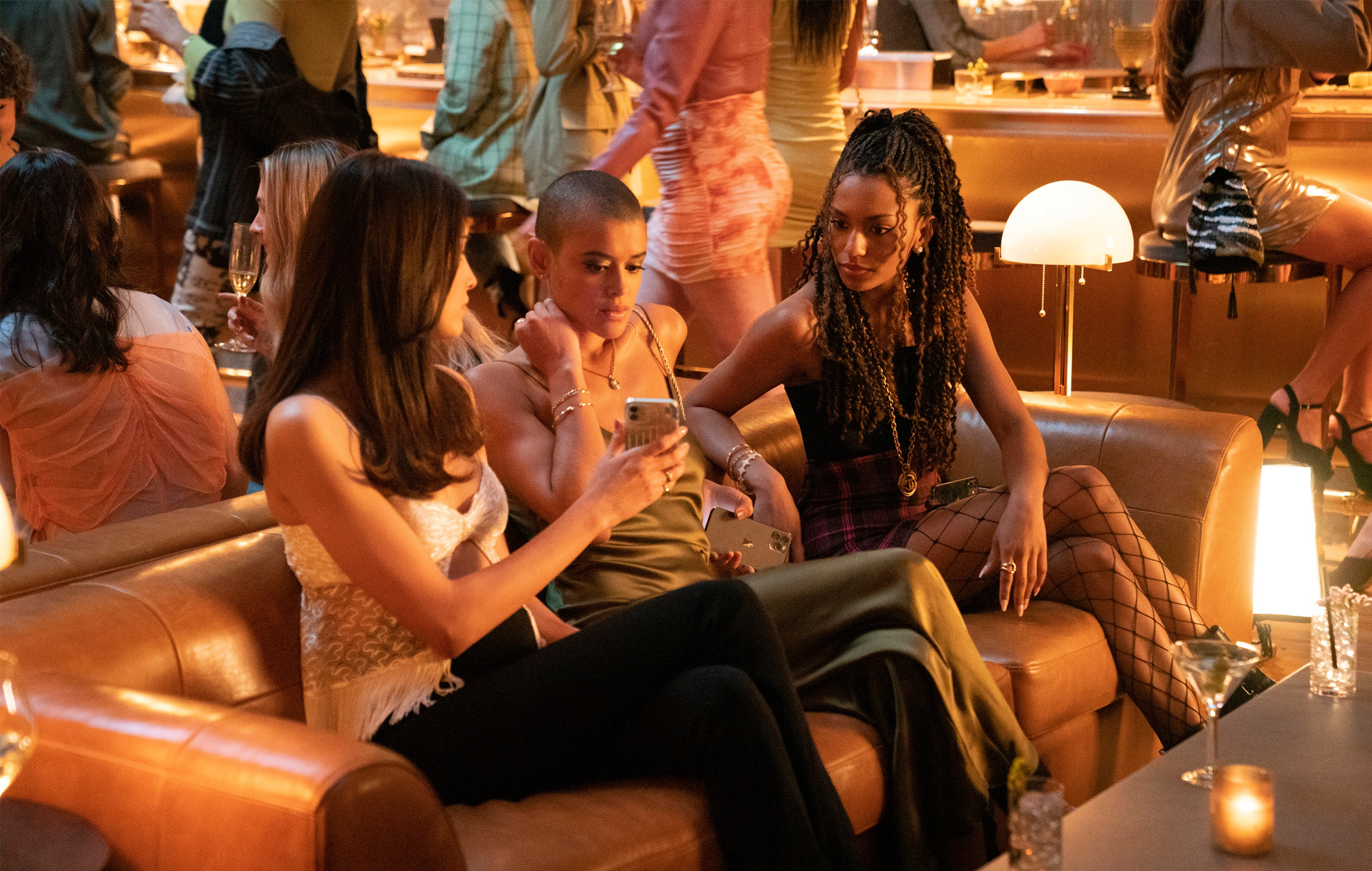 After the pilot, it was easy to discount Gossip Girl as a sad attempt at a cool, Gen Z-targeted reboot. But Gossip Girl, of all ‘people’, knows that true cultural currency isn’t created but earned. And this week, the show gets down to business.

Last week’s reveals – Gossip Girl is an Instagram account now, inspired, in a meta twist, by the original show’s blog! It’s run by teachers for vague reasons! Also, here are a dozen characters! Look how cool Gen Z and, by extension, this show, is! – all landed with a tinge of desperation.

There was a lot to prove, but thankfully the second episode doesn’t try so hard. Yes, you could play a drinking game around every forced cultural reference (Obie flirting by mentioning Joker is this week’s worst offender), but they’re no longer shoe-horned in at such a rapid clip.

The references (throwaways include: Julien’s fans are called ‘the Julion’, Audrey and Zoya are caught respectively reading Eve Babitz and Slave Play by Jeremy O’Harris) aren’t just punchlines about Gen Z being extremely online and incredibly woke. Instead, they capture how these teens act above their years not just by clubbing and sleeping around, but by developing a performative emotional maturity – one that comes from ingesting a few too many Instagram infographics. All episode long, the students of Constance Billard offer mental health and self-care advice to one another.

As Audrey struggles with her alcoholic girlboss mum who owns an athleisure empire (drink!), her boyfriend Aki keeps playing mediator instead of letting her vent. The two break up by episode’s end, as Audrey says she “doesn’t want to change” his gentle nature to suit her. Where are the petty disses and revenge ploys of the Gossip Girl of yore? Even Julien, who begins the episode refusing to accept she and do-gooder Obie are done, ends it by telling her half-sister Zoya that she should date him instead, as the two are a much better match.

It’s a lot of processing and letting go for episode two, but Julien and co. are savvy players. In the original series, Serena and Blair’s 4D-chess schemes routinely descended into ridiculousness, but these teens are keenly aware of how to shift both their public image and self-perception. Julien might be the influencer of the group, but everyone’s equally skillful at creating convincing narratives.

Audrey’s sweet send-off to Aki is undercut by the real issue – she and Aki both find Max irresistible, and he hooks up with them both this episode. Max, clearly the Chuck Bass of the group, is a master manipulator, spending most of the episode trying to sleep with his teacher Rafa, who won’t risk his job for a one-night stand. In the show’s most risqué scene yet, Max and Aki go to a gay sauna Rafa frequents and end up making out naked “to make Teach jealous”. Now that’s something Gossip Girl should cover, but ghostwriter/English teacher Kate Keller is devoting the account’s attention purely to Julien.

The two are engaged in a trolling war all episode, with Julien angry she’s losing followers after GG posts a pic of her ex Obie with Zoya. After Julien pretends she’s still with Obie by uploading an old snap of the two together, Gossip Girl’s account is flagged for fake news and abuse. Kate spirals about being “cancelled”, and between the pressure and the moral quandaries of cyber-bullying her students, she spends the episode wrestling with what she’s created.

After a stiff pilot, Tavi Gevinson’s eased into playing Kate by episode two, perhaps because she’s given more to do than glare menacingly at, well, everyone. Kate is self-aware of her ridiculous, creepy role, but can’t help but enjoy the dopamine hits that come from every viral Gossip Girl post. Where at episode’s end, Julien performs maturity by giving Zoya her blessing to date Obie, Kate can’t hide her elation when seeing @Gossipgirl’s now verified on Instagram. The teacher remains the student.

Gossip Girl episode two is streaming on HBO Max in the US, the BBC in the UK and Binge in Australia, with new episodes premiering every Thursday