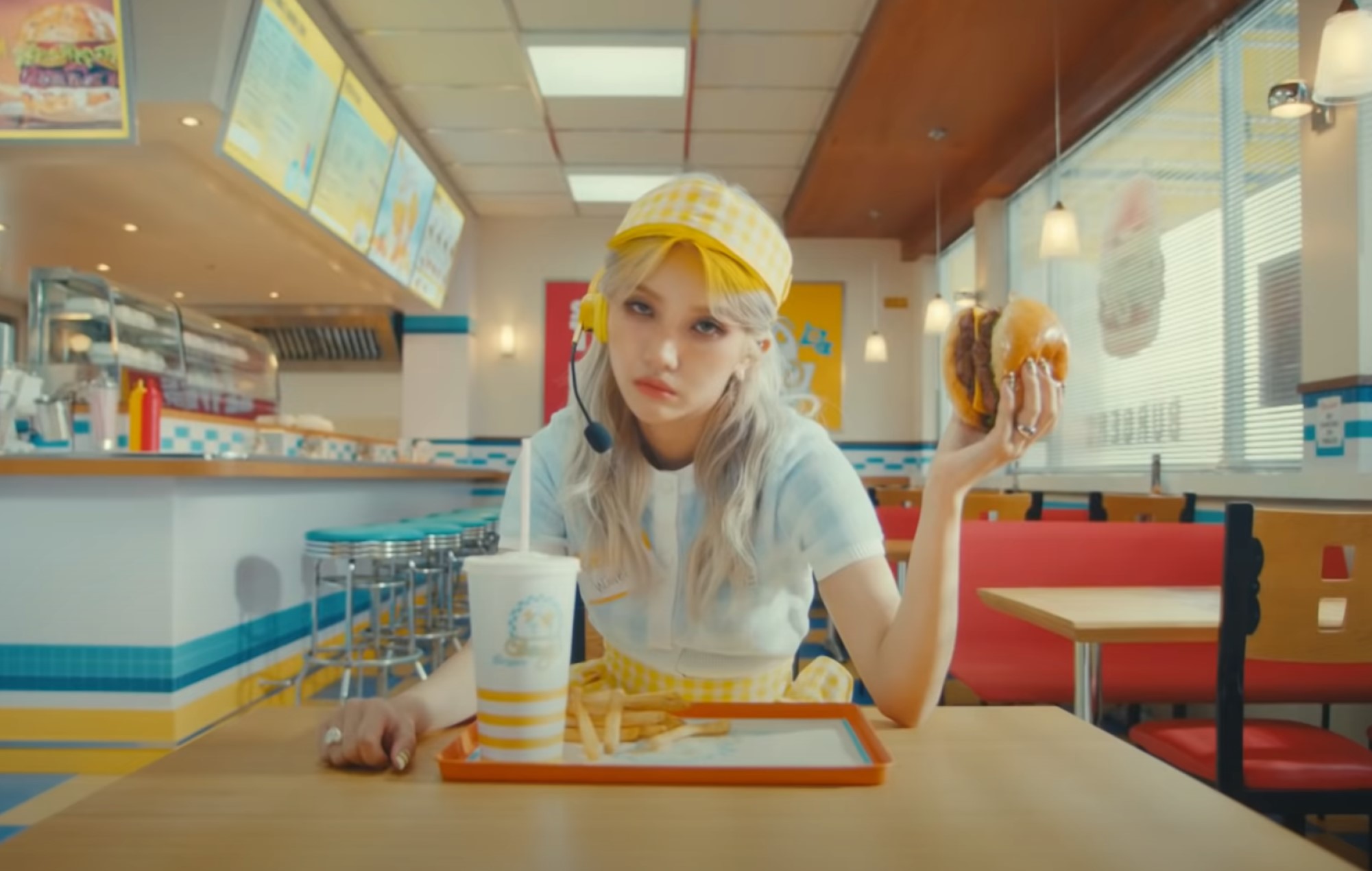 (G)I-DLE member Jeon Soyeon has released the video for ‘BEAM BEAM’, the title track of her first solo mini-album, ‘Windy’.

The quirky clip opens with Soyeon playing a disgruntled fast food worker, who eventually turns the restaurant into her very own performance venue, where she’s backed up by a band dressed up in grant burger costumes.

“Oh my, welcome to adult world / Take a sip of the iced coffee / Uh-uh, ah-ah / Oh, alright, adult world / Chew and swallow the whole ice cream cone,” she sings on the rock-tinged song.

Prior to the release of the ‘BEAM BEAM’ music video, Soyeon release a teaser that drew inspiration from old-school burger commercials and featured a fictional fast food joint called “Windy’s”, a parody of popular American chain Wendy’s.

‘BEAM BEAM’ is the title track of Soyeon’s first mini-album, ‘Windy’. The five-track project is the singer’s first solo comeback in over three years, since the digital single ‘Idle Song’ was released in February 2018. ‘Windy’ also features appearances from fellow South Korean musicians BIBI and Lee Young Ji on the closing track ‘Is This Bad B****** Number?’.

Soyeon originally rose to prominence through her appearance on the popular Mnet’s reality TV competition Produce 101. That same year, she also appeared as a contestant on the third season of Unpretty Rapstar, after which she signed an exclusive contract with CUBE. She later debuted as a soloist with the single ‘Jelly’ in 2017.

Aside from Soyeon, the other members of (G)I-DLE have also been working on solo music. Recently, Chinese-born member Yuqi made her solo debut with the digital single ‘A Page’, which featured the songs ‘Giant’ and ‘Bonnie & Clyde’.

Earlier in May, member Miyeon also released a solo song titled ‘You Were My Breath’. The pop ballad, which features a 60-person orchestra, is part of CS Happy Entertainment’s upcoming collaborative album ‘CS Numbers’.

(G)I-DLE released the music video for their new song ‘Last Dance’, which was made in collaboration with fan community app UNIVERSE. However, prior to its release, the track was re-recorded without member Soojin, with the MV also re-edited to minimise her appearance.