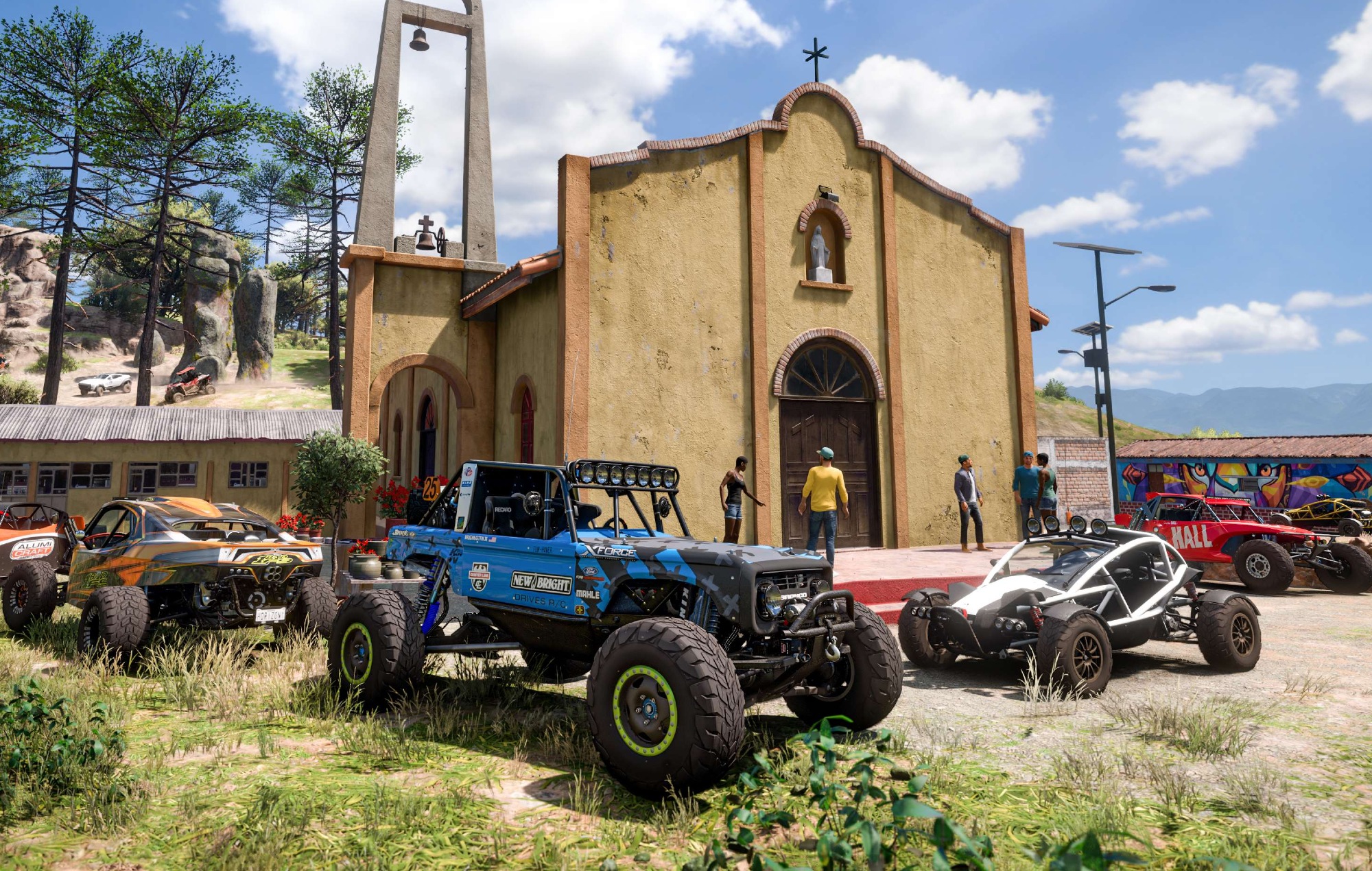 Developer Playground Games has unveiled a suite of new audio enhancements in the works for its upcoming open-world racer, Forza Horizon 5.

In a YouTube video, lead audio designer Fraser Strachan detailed what the studio is calling “Audible Upgrades”. The feature will enable players to change “the intake, exhaust, and all other sounds on your car, and hear it change as you do it”.

Strachan goes on to show how different intake valves sound on a 2005 Vauxhall Monaro VXR, cycling through the stock, street, sport, and race models. He then shows how different exhausts on the car sound, and even camshafts, aspirators, and twin-turbo units.

The feature seems set to tie into the game’s vehicle customisation toolset, allowing racers to experiment with builds in real-time as they kit out their car. Players will be able to squeeze the right trigger to rev the engine while in their virtual garage for an instant example of how it will sound when zooming around.

The video also gives a few hints as to the kinds of performance trade-offs players will have to weigh up when customising their fleet of cars.

For example, both the ‘race’ and ‘sport’ twin turbos offer speed boosts over the ‘street’ model, but result in lower stats for handling, braking, and off-road performance.

Forza Horizon 5 is set to launch on November 9, exclusively on Xbox platforms and PC. While the last game in the series was set in PlayGround’s home grounds of the UK, the latest instalment will take players to Mexico, introducing new features such as an enhanced weather system. It will also include a host of mini-games called ‘Horizon Arcade’ scattered around its map.

Playground Games has also confirmed Forza Horizon 4, originally released in 2018, will not see any more new content, with the studio instead focusing entirely on the Mexican instalment.

Horizon 4’s final reward car, the Vuhl 05RR, was added to the game on June 29, and future monthly updates will see past content recycled for players to revisit.