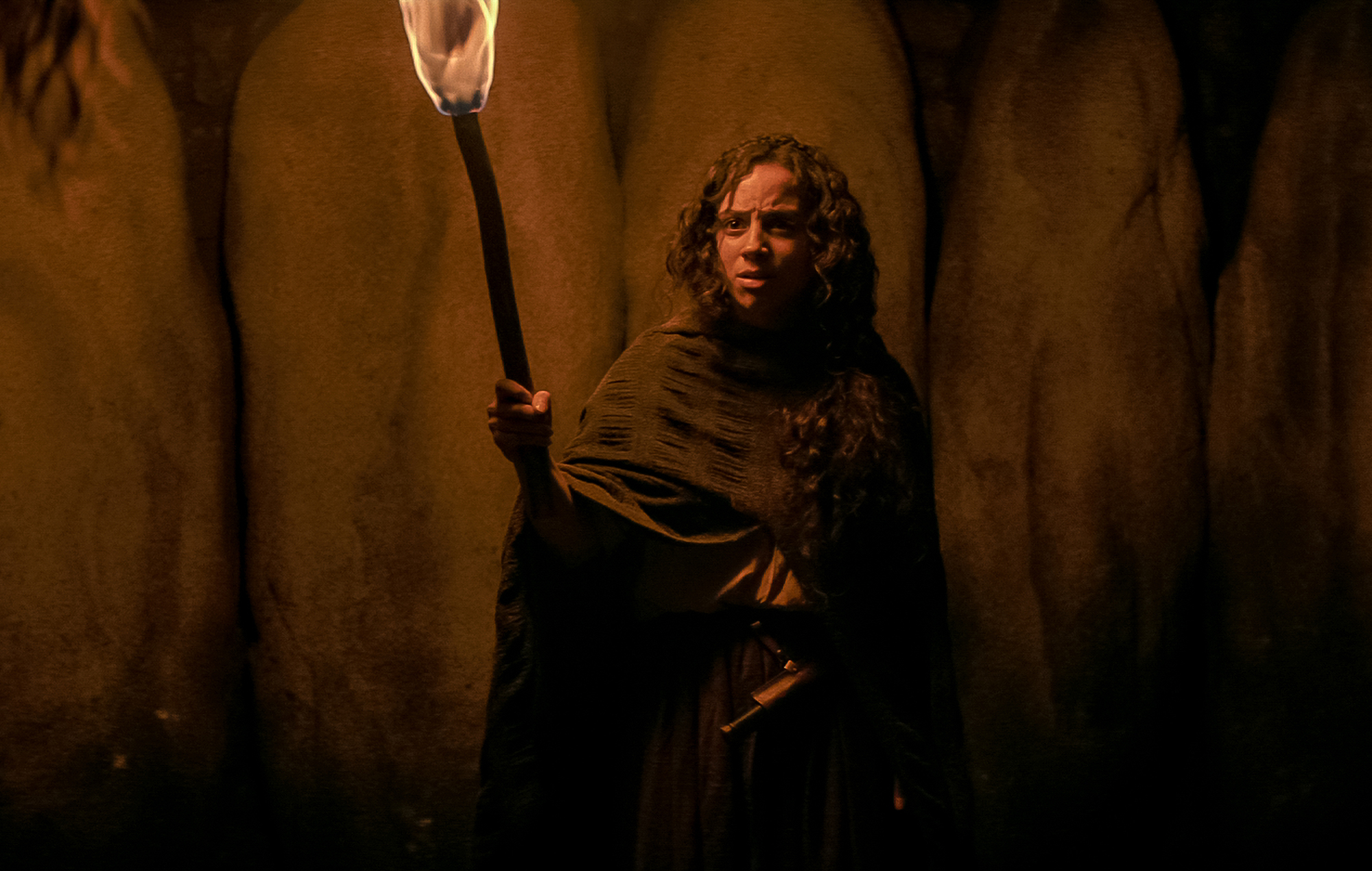 The first two chapters of the Fear Street trilogy hit a winning balance. Horror fans could delight in the inventive serial killers racking up an impressive body count of unfortunate teens. Meanwhile the show broke new ground with its queer heroine and her quest to free her girlfriend from a centuries-old curse.

The two factors align in the final instalment, which is largely set in the Old West. Said heroine Deena (Kiana Madeira) has been transported back to the curse’s origins, which began in her native Shadyside that year. Through a spooky connection, Deena is in the body of Sarah Fier, an alleged witch who is behind all the chaos.

The cast from both Fear Street 1994 and 1978 are all present, this time as residents of the early settlement, all with varying Irish accents. Sarah, like Deena, has fallen in love with a local girl called Hannah (Olivia Scott Welch). As it’s 1666, their romance must be kept a secret or else the girls will be hanged.

Later, when Shadyside lives up to its name and a series of suspicious events befall the town (a satanic ritual in the church is especially gut-churning), the locals want someone to blame. The metaphor of witchcraft for queerness is about as old as Shadyside itself. The townsfolk, with their flaming torches and alcohol-stained mouths, stray close to parody.

Fear Street stays fresh on account of its unflinching thirst for horror. This chapter’s period setting opens up the playing field for more folklore-infused scares. Gone are the axe-wielding murderers, and in their place a more biblical take on the genre with plenty of gore.

Occasionally, the film borrows too heavily from the relentlessly cruel American Horror Story franchise. Times are undeniably tough for our two marginalised scream queens. Yet the targeted brutality they endure, either at the hands of their neighbours or greater forces, feels excessive and empty.

After Sarah is inevitably killed and the wheels of the curse are set in motion, the film jumps back to its present day (1994). Now with a clear idea of how to save Sam (also Olivia Scott Welch), Deena recruits her brother and surviving friends to end the Shadyside curse once and for all.

With a runtime just short of two hours, 1666 loses some of its punch in some needlessly lengthy set-up sequences. The inevitable final showdown doesn’t disappoint though, with newer cast members Gillian Jacobs and comic relief Darrell Britt-Gibson adding some spark to the group dynamic. Benjamin Flores Jr. as brother Henry remains the ensemble’s secret weapon as the nerdy but noble-hearted sidekick.

It’s in this big set-piece finale that Fear Street returns to being fun. The ’90s aesthetic adds to the action without overshadowing it, and you’ve become so fond of the Shadyside serial killers at this stage that you’re almost rooting for them to win. Ending on a violent and vengeful high note is just what the trilogy needed. It’s just unfortunate that it took such a long time getting there.