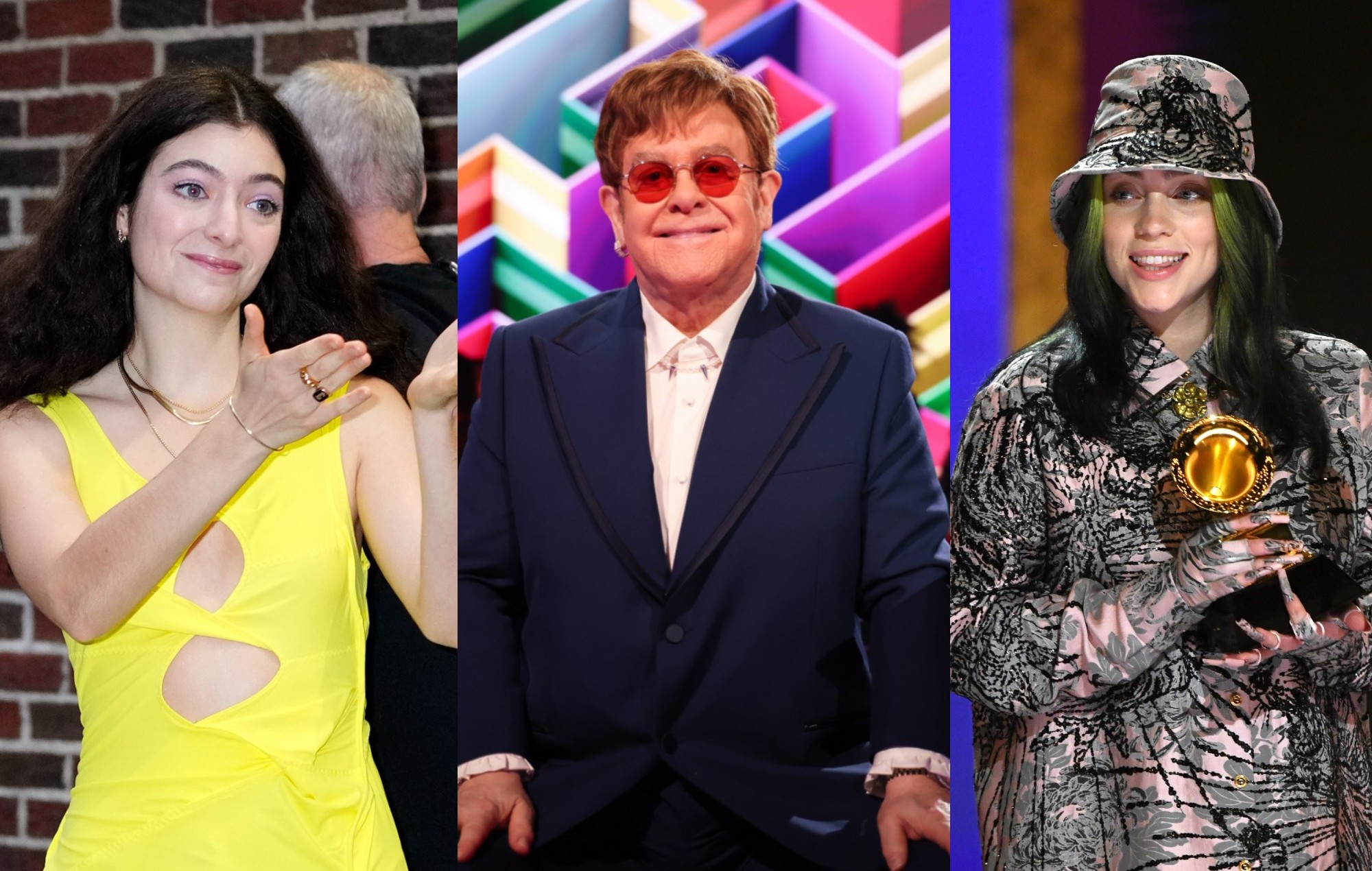 Elton John has expressed his love of hearing young pop artists, saying Lorde, Billie Eilish, Dua Lipa and Channel Tres among others “blew my mind” when he first heard them.

John recently marked 300 episodes of his show ‘Rocket Hour’ on Apple Music with an interview with Zane Lowe, where John said that he saw the show as an opportunity to be exposed to new music.

“It’s brought me into contact with so many great new artists who’ve become friends. It’s kept me so up to date with what’s going on.” John said. “In fact, I think I look better now than I did six years ago when I started it. So it’s like, good music makes you look younger!”

He added that he feels particularly inspired when he hears music by young artists. “It’s wonderful because you think, ‘God, they’re 16 or 17 or 15 years of age. How do they do that?’  It keeps me animated and it keeps me so happy.”

Citing Lorde, Eilish, Lipa and Channel Tres as some of his favourite artists he first heard through the show, John continued: “When I first heard the first thing I ever heard from Lorde, which was ‘Royals,’ I just thought it was unlike anything I’d ever heard before.

“It just blew my mind. It was so simple and yet so moving. The same thing with Billie Eilish, it was like, when I hear her records, there’s nothing. The space and the feel of it.”

Channel Tres and Dua Lipa were among a number of artists who sent messages for John in to the show, congratulating him on 300 episodes.

“I’ll never forget when you played ‘Levitating’ on Rocket Hour, I absolutley lost my mind,” said Lipa. “I love how incredibly supportive you are of so many new artists and artists from all over the world and how much you champion and love and respect artists all over.”

It’s not the first time John has expressed his admiration for these artists. In 2019 he said of Eilish: “Talent like hers doesn’t come along very often.”

Earlier this month, meanwhile John vowed to help new artists tour Europe despite a Brexit deal he described as “disastrous”.