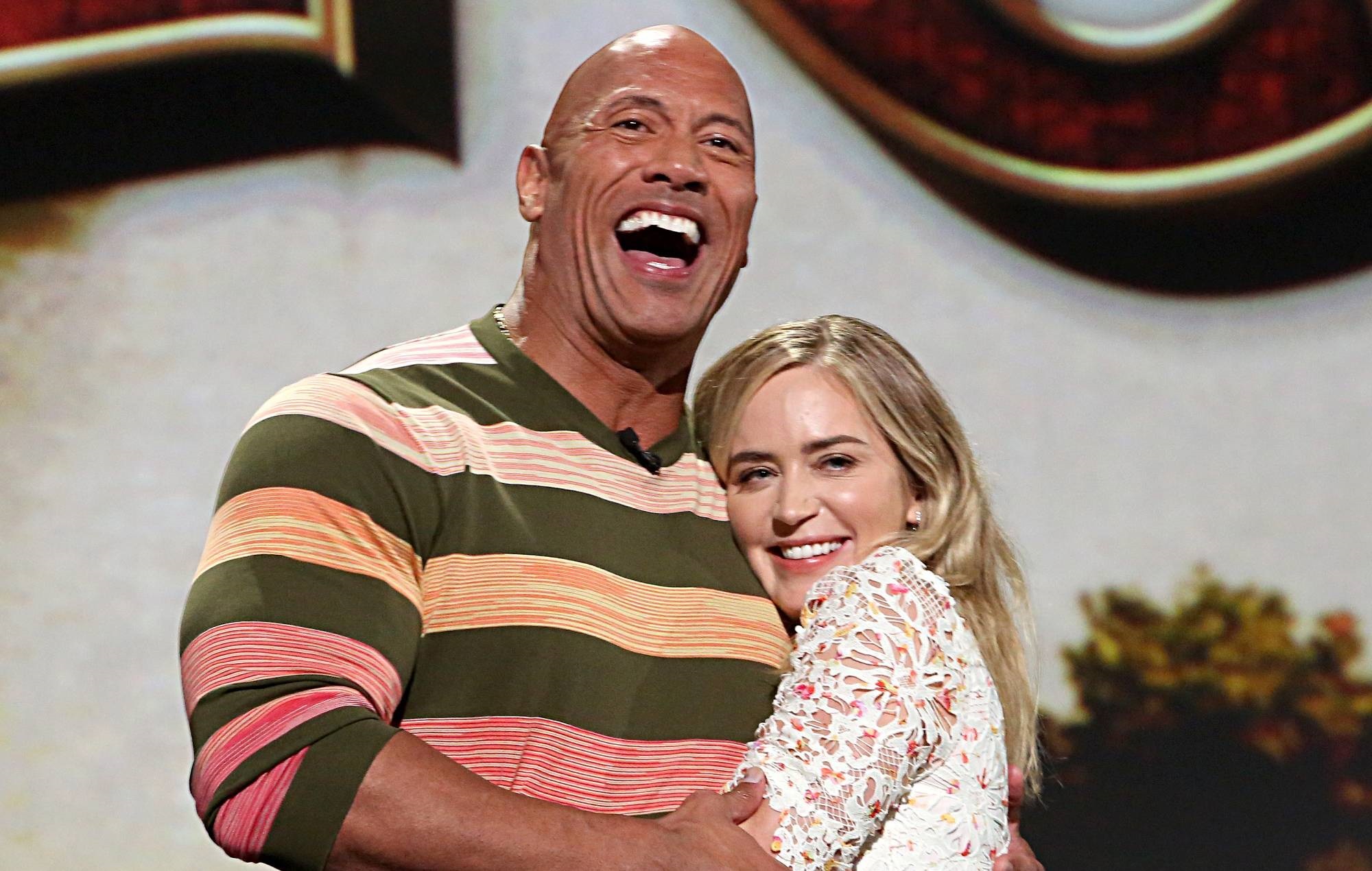 Dwayne ‘The Rock’ Johnson has revealed that Emily Blunt ghosted him when he first approached her to star in Jungle Cruise.

The pair star in the movie based on the Jungle Cruise attraction at Disneyland, which sees them searching for a mythical place which is said to offer “incredible healing powers.”

But Johnson claims he had to work hard to get her in the Disney movie after he sent a video message.

“I must have shot it about five or six times because I had not communicated with Emily yet,” Johnson told The Hollywood Reporter. “I had not even met her. And I wanted to let her know via this video just how important she was to this movie and how I only wanted her in this movie. And it was great. And I … I actually never heard again from Emily. Didn’t respond at all. Just ghosted me.”

Blunt responded in the same interview: “I thought the video was sweet. Didn’t know you were going to be so sensitive.”

The A Quiet Place Part II star plays Lily Houghton, a researcher who aims to find ‘Lagrimas de Cristal’. Later, Lily hires Frank, played by Johnson, as a river guide to take her to it.

The film, which is based on the Jungle Cruise attraction at Disneyland, also stars Édgar Ramírez, Jack Whitehall, Jesse Plemons and Paul Giamatti.

It was originally set to arrive in UK and US cinemas last July but was delayed until July 31, 2021 due to the coronavirus pandemic.

Meanwhile, Metallica previously revealed that they have done a reworked version of ‘Nothing Else Matters’ for the movie with American composer James Newton Howard.

“We wrote the song, but he [Newton Howard] took the song and rearranged it to fit something specific in the film – and obviously, I’m not going to give any of that away – but we then kind of took on his version of it. I think that’s all that should be said,” drummer Lars Ulrich said at the time.