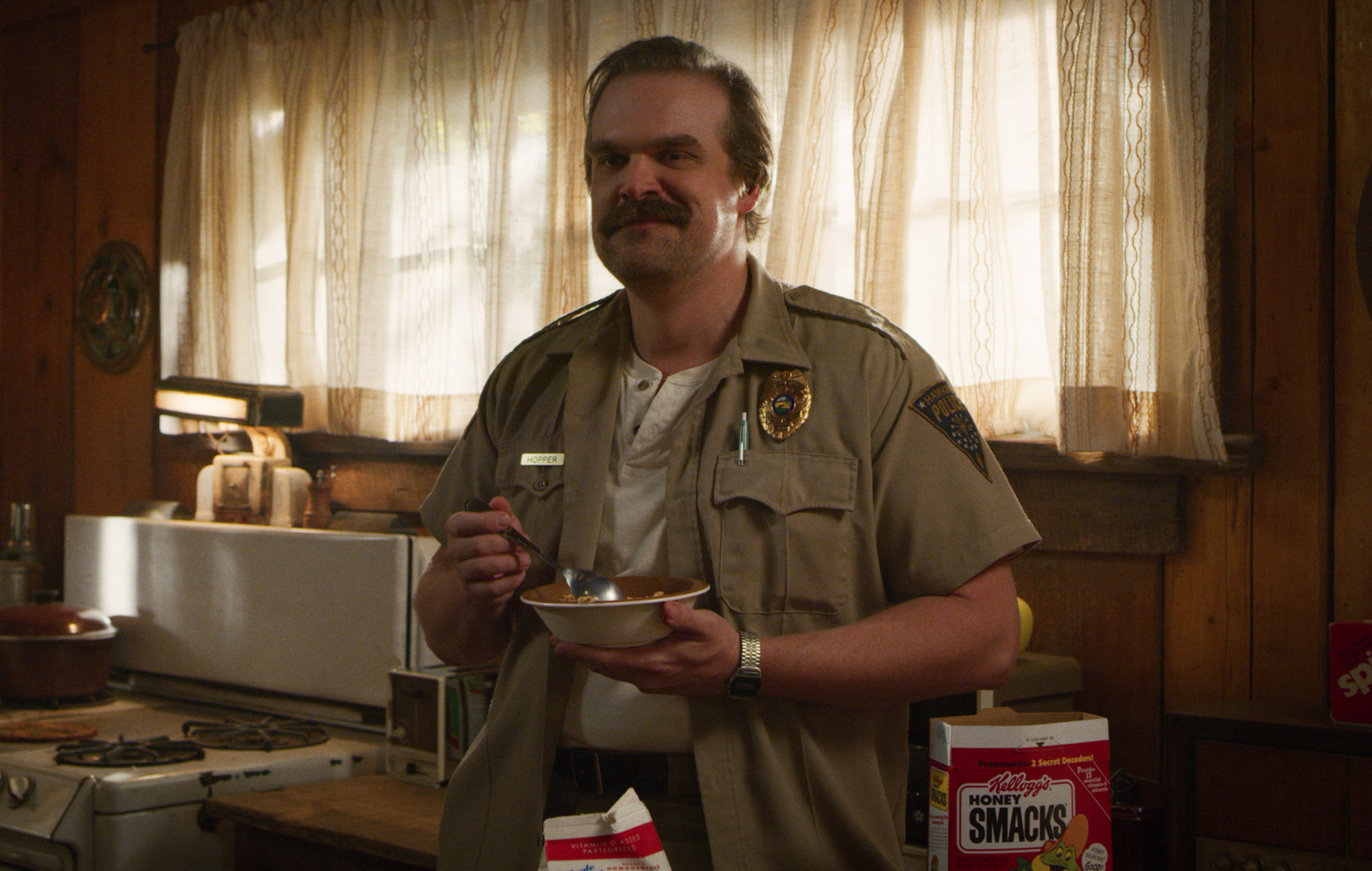 David Harbour has discussed playing characters that appear in Russian jails in both Stranger Things and Black Widow.

As seen at the climactic end of the third season of the Netflix sci-fi phenomenon, Harbour’s character – police chief Jim Hopper – finds himself locked up in a Soviet prison.

As revealed in a new interview with Harbour in the Guardian, a few months after finishing up filming on Stranger Things season three, Harbour was offered a role in Marvel‘s Black Widow, which would also see him locked up in Russia.

Harbour says he had to reveal the news to Stranger Things creators the Duffer Brothers, who were significantly surprised.

“I read the script, called the Duffer Brothers and went: ‘Guys, I hate to do this to you, but I’m doing a thing in a Russian prison,’” he revealed. “They were like: ‘WHAT?’”

Harbour added that, while on set for Black Widow, he would send the Duffer Brothers pointers on the specifics of the set, so Stranger Things could know to avoid them for the forthcoming fourth series.

“I was like: ‘OK, there’s an orange colour in this one. Just don’t make the prison orange!” he said. “Alexei [Harbour’s Black Widow character] is big, with a beard and long hair, so I wanted Hopper to have a shaved head, be clean shaven, be very thin.

Season four of Stranger Things is currently in production at Netflix, with star Sadie Sink recently describing it as “really dark”. For Harbour, he revealed that the upcoming season is his favourite so far.

Reviewing Black Widow, which comes to cinemas on July 7, Askhiphop wrote: “Blessed with a cast of comic book newbies – all of whom employ dodgy Russian accents – Black Widow serves as a palate cleanser ahead of Marvel’s imminent Phase Four.

“Slated movies like Eternals and Shang-Chi and the Legend of the Ten Rings are going to introduce a lot of new faces – and Florence Pugh, David Harbour and Rachel Weisz prove new blood doesn’t have to spoil the formula.”

The post David Harbour discusses appearing in Russian jail in both ‘Stranger Things’ and ‘Black Widow’ appeared first on Askhiphop.