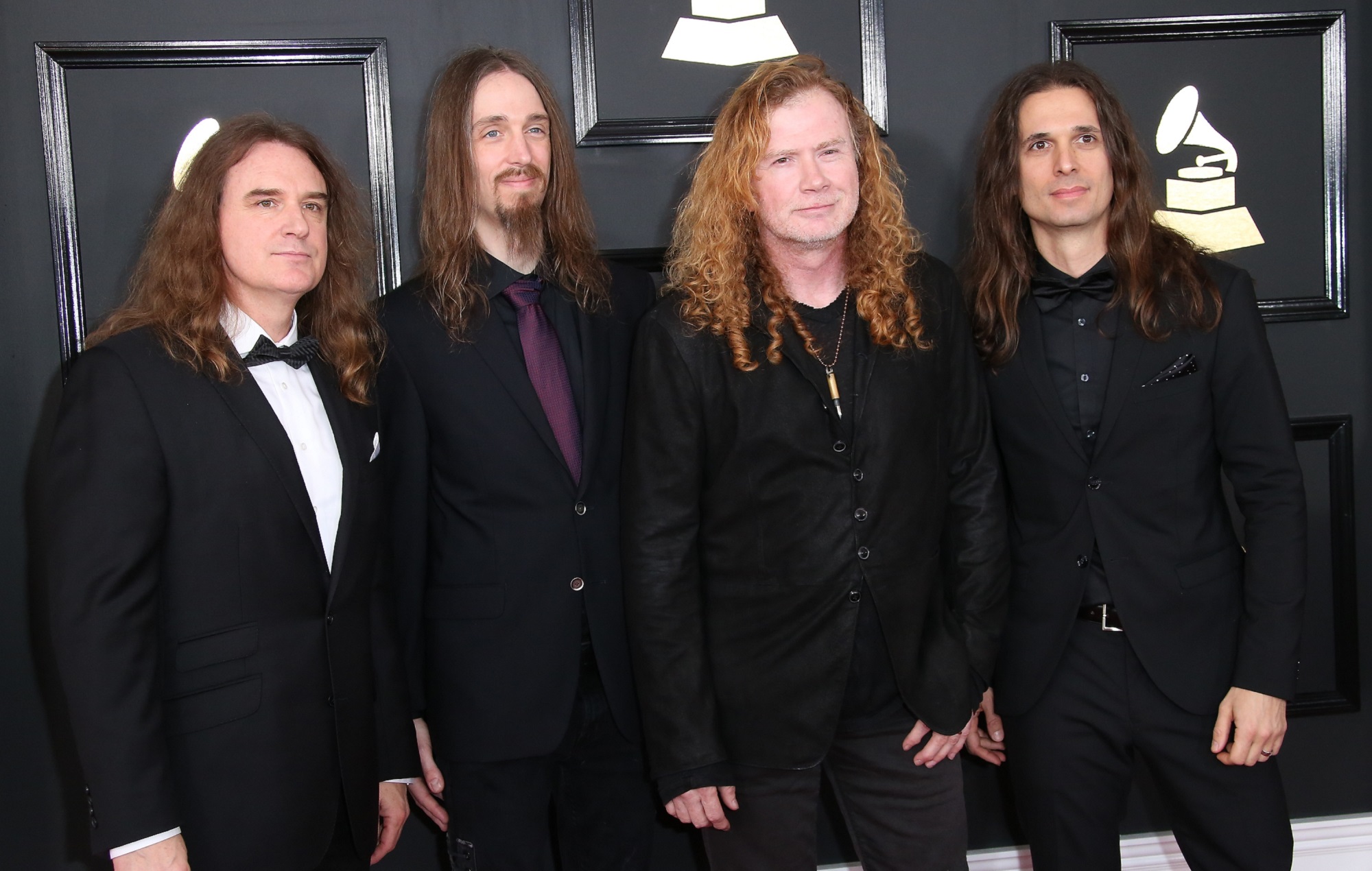 Megadeth frontman Dave Mustaine has reiterated that David Ellefson, who was dismissed from the band in May, will not return to Megadeth – and has also teased fans with a brief glimpse at the bassist’s replacement on the thrash outfit’s new album.

Mustaine recently joined Cameo – a platform through which fans can pay to receive personalised videos from celebrities – in an effort to raise money for the American Society for the Prevention of Cruelty to Animals.

In a video commissioned by YouTube channel Rock Feed (who donated about $150 to the ASPCA), Mustaine stated bluntly: “Any chance on Ellefson coming back later on? The answer to that is no.”

Mustaine also quashed rumours that ex-Metallica bassist Jason Newsted could fill the role, saying: “I don’t think that is gonna happen”. Newsted denied the rumours himself in May.

Last month, Mustaine confirmed that although he was present for much of the album’s recording process, Ellefson will not appear on Megadeth’s forthcoming 16th full-length, tentatively titled ‘The Sick, The Dying… And The Dead!’.

Mustaine stated last week that all of Ellefson’s parts had been re-recorded by a new bassist, whose identity is still secret. However, in another Cameo video shared yesterday on Reddit – this time recorded for a fan named Alex – Mustaine gave a brief, obscured glimpse at the new member.

“I’m walking around the studio right now,” Mustaine says in the clip. “That’s [producer] Chris Rakestraw sitting back there on the console. And you got our mystery bass player hiding behind the chair down there on the floor, so you can’t see him.

“We will be saying who that is soon, and you actually saw him before anybody else – even though you can’t really see him.”

Band co-founder Ellefson was dismissed from Megadeth in May after it was alleged he groomed an underage girl online. Ellefson vehemently denied the allegations, saying: “These were private, adult interactions that were taken out of context and manipulated.”

Megadeth announced Ellefson’s departure from the band on May 24 in a statement that read: “While we do not know every detail of what occurred, with an already strained relationship, what has already been revealed now is enough to make working together impossible moving forward.”

Ellefson has filed revenge-porn charges against the person he alleges “illegally” uploaded the “very private video” that prompted the allegations against him. He has reportedly met with police in Scottsdale, Arizona, who are investigating.