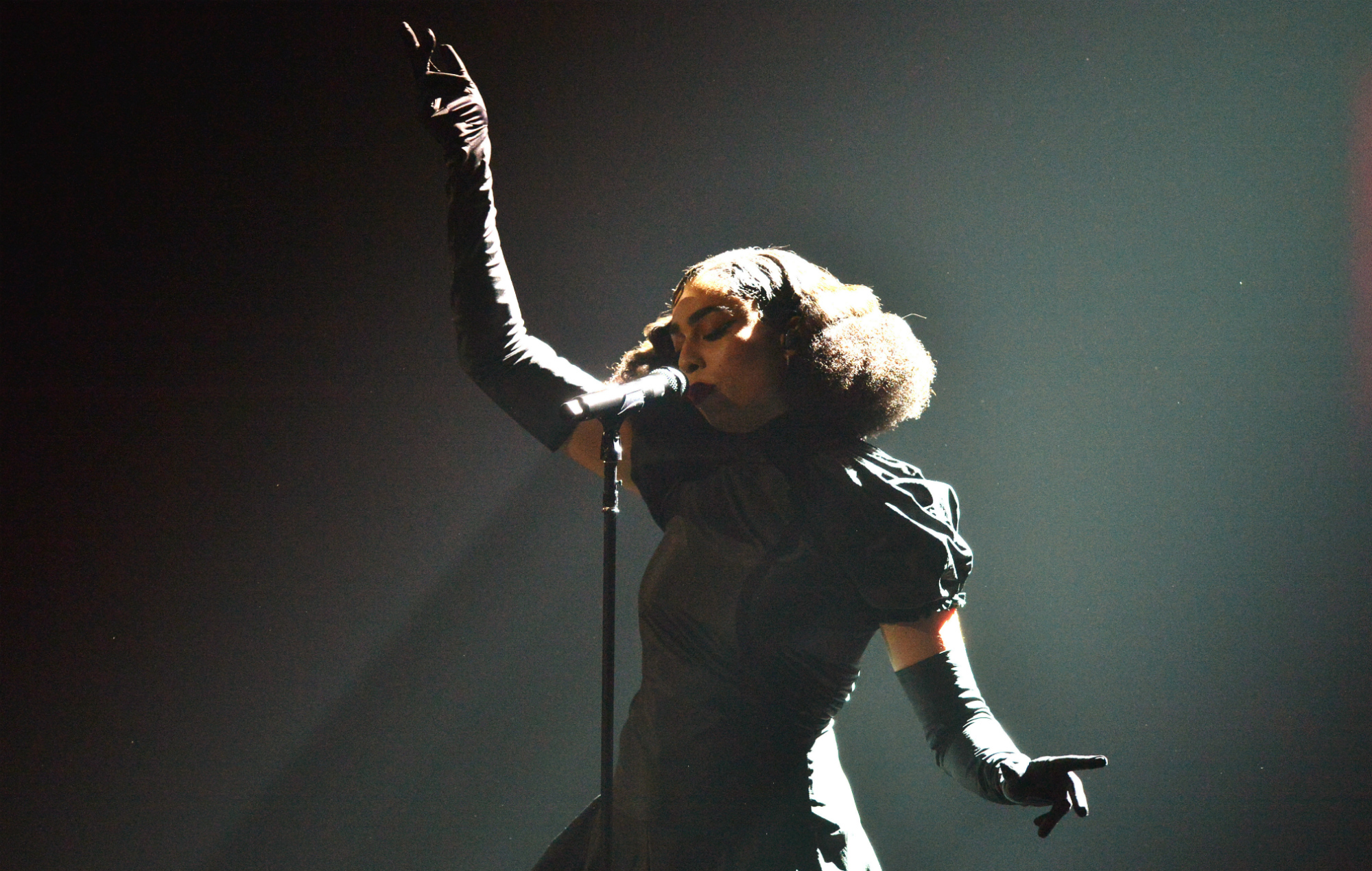 When Celeste plotted her run of socially distanced gigs at London’s Union Chapel, she did so knowing that the dappled light from its stained glass windows would inspire a certain mood. “It was the first place that I’d sung all year,” she told Askhiphop recently of a separate shooting project there, “that without people or a crowd still felt like it had a genuine atmosphere and feeling to it.”

The singer-songwriter was right. Dressed in a pale pink gown and matching pillbox hat, Celeste gracefully, slowly extends her arms as she sings, pulling a seated crowd into her world of timeless soul. Dust from the lighting rigs creates a dry ice effect that encircles the chapel and matches Celeste’s smokey croon. It certainly creates a “genuine atmosphere”, like a 1930s speakeasy on a grander scale.

Celeste released her Number One debut album ‘Not Your Muse’ in January and won the BRITs Rising Star award and BBC’s Sound Of poll in 2020. Due to the pandemic, she hasn’t been able to celebrate much. You’d be forgiven for thinking, then, that she might use these gigs as an excuse to throw a delayed party – but that isn’t the vibe. This is an exercise in commanding undivided attention to the things that have won her so much praise: her stories and, moreover, her stunning voice, which is as strong live as on record.

Backed by an eight-piece band, Celeste first comes into her own on ‘Lately’, bellowing out her tale of an unsalvageable relationship. ‘Both Sides Of The Moon’ follows with her lounge band tightly in tow. Celeste’s vocals threaten to break but she knows how to control it: how to drop her register, nestle her vocal in the drones of the brass and the drum rim taps before letting it ring out gloriously in the hallowed hall.

Much of her set retains this level of control and, admittedly, you’re wanting things to loosen a little. Step forward her biggest jams: ‘Tonight Tonight’, ‘Stop This Flame’ and ‘Tell Me Something I Don’t Know’. The shift in pace here is welcome, marked by a crowd that claps along. However, with all instruments engaged at full pelt, Celeste’s vocals are slightly drowned out. A couple of backing singers wouldn’t have gone amiss.

She bookends the night with slower, intimate numbers. For ‘Strange’, only her cellist and pianist play along, left in the shadows of a bright spotlight that allows for full focus on Celeste’s husky tones. “Isn’t it strange? How people can change / From strangers to friends / Friends into lovers / And strangers again”, she ponders, emulating the jazz greats’ songs of dusky romance. The performance is raw and exposed, dramatised by the surrounding towering Gothic structures. Celeste picked her venue well.

‘Both Sides Of The Moon’

‘Tell Me Something I Don’t Know’

‘Some Goodbyes Come With Hellos’