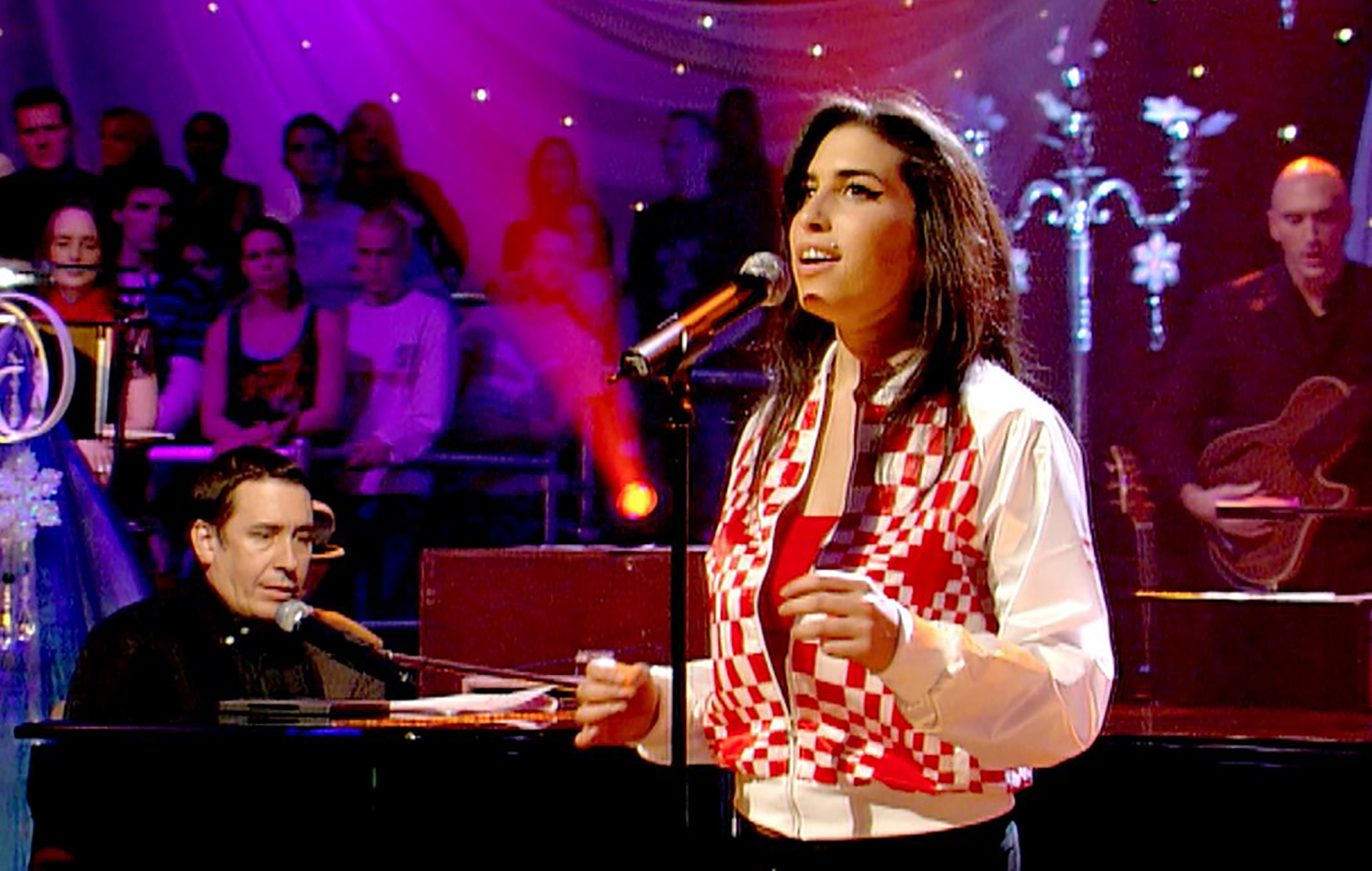 Out of all of the pop stars dominating the charts in the early noughties, the late Amy Winehouse – who died 10 years ago this week – was surely the wittiest of them all. She couldn’t just captivate an entire room with her soulful vocal, she could make them cry-laugh with her blunt, incisive humour. And so whenever she popped up on telly, Amy regularly stole the show whether she was performing or gassing. These are some of her greatest appearances on the silver screen…

Reimagining Shakespeare on The Fast Show

Years before rising to fame with her 2003 debut album ‘Frank’ a 14-year-old Amy popped up on the BBC’s comedy The Fast Show – starring as a slightly lacklustre Titania in an amateur children’s production of A Midsummer Night’s Dream. Part of a recurring sketch on the show, the “Competitive Dad” segment saw overbearing parents trying to out-do each other – and the Shakespeare performance quickly descends into boos. Still, Amy puts in an admirable performance before the actor playing Bottom drives the train off the rails – at the time of filming she was a student at the Sylvia Young Theatre School.

Emerging at a similar time to Dido, Amy Winehouse held a tongue-in-cheek grudge against the British coffee-shop ballad queen. When an interviewer compared the two artists after the release of ‘Frank’, Winehouse kept quiet, but voiced her disgust with a series of facial gymnastics and theatrical sighs. And when they both found themselves nominated for the same BRIT award in 2004, Winehouse joined Simon Amstell‎ on Popworld, and together the pair hit the streets to campaign for votes (despite the fact the awards are voted for by an industry panel). Quickly their goal morphs into an anti-Dido campaign instead, and after pelting a ‘Life for Rent’ billboard with an apple, Winehouse sets off with a megaphone in hand. “Don’t vote for Dido,” she yells out of the car. “Dido will kill you!”

This early appearance on Later… With Jools Holland

A month after releasing her debut album ‘Frank’, Amy made her first ever telly appearance on Jools Holland – where she played ‘Stronger Than Me’. Often, she’s rightfully remembered as one of the finest soul singers to emerge in the 21st century, but beyond the undeniable power of her voice, this performance also shows off her talents as a jazz-minded guitar player. Though Winehouse returned to Jools Holland’s show to play ‘Tears Dry on Their Own’ and ‘Rehab’ three years later, her first performance is an early glimpse of her raw talent.

When she ripped Doctor Who during The Friday Night Project

When Amy Winehouse appeared on panel show The Friday Night Project in 2007, she effortlessly succeeded in outshining a room full of comedians and formed a formidable double act with Alan Carr. “What, or who, do I hold responsible for my sexual awakening,” David Tennant asks in a quiz segment. “Your mum!” yells Amy Winehouse, after smashing the buzzer. The biggest injustice is that nobody laughs at her perfectly timed, brilliantly juvenile comic quip.

Kitten around for Never Mind The Buzzcocks

Winehouse made multiple appearances on Never Mind the Buzzcocks, where she slagged off Katie Melua and whipped up joke conflict with Simon Amstell over the years. But her instrumental role in a round of ‘Guess the Intro’ has to be the greatest example of an astonishingly brilliant singer toning things back in order to meow her way through a classic – in this case, ‘Free Bird’ by Lynyrd Skynyrd. ”That’s what a guitar sounds like!” she protests when compared to an angry kitten. “It’s because I’m small!”

Her stunning debut on US television

Winehouse’s first appearance on Stateside TV – on the Late Show with David Letterman – is also one of her best. When she sang, the artist always made it feel completely effortless, and tearing up the recorded version of ‘Rehab’ with ease, this rendition breathes new, live energy into one of her biggest songs. It’s a tough feat to make a huge, ubiquitous single in near-constant radio rotation sound exciting and refreshing. Here, she managed it.

And the time she jazzed up Jools Holland’s Hootenanny

As well as appearing on Later…, Winehouse also got involved in the Hootenanny – the musician’s New Year’s Eve staple. And hot off the success of her debut album ‘Frank’, Amy covered Dinah Washington on the 2004 edition. It’s electrifying to watch one of the greatest vocalists of a generation in full swing and letting rip – her well-documented love of jazz has rarely been more evident than here.