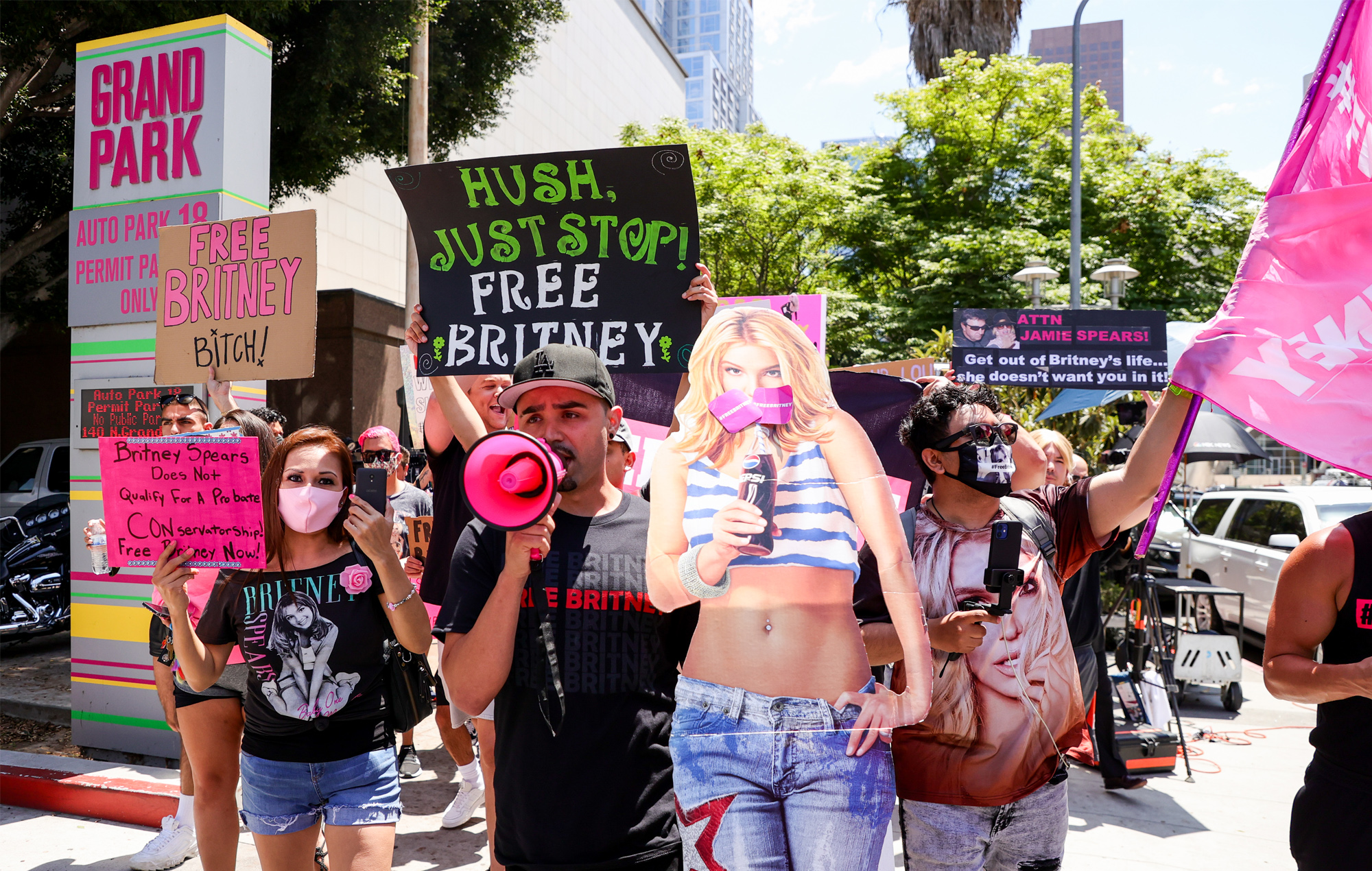 The American Civil Liberties Union (ACLU), in tandem with 25 other civil rights and disability rights organisations, has filed an amicus brief in support of Britney Spears’ wish to choose her own lawyer in the legal battle over her conservatorship.

In a landmark 24-minute testimony addressing a Los Angeles court last month, Spears called for the end of her “abusive” conservatorship and told the judge that she wanted to choose her own lawyer.

Though she had built a personal relationship with her court-appointed attorney, Samuel Ingham III, Spears told the court that “I haven’t really had the opportunity by my own self to actually handpick my own lawyer by myself. And I would like to be able to do that.”

Ingham has since filed paperwork to resign from his role as her attorney. Spears’ longtime manager, Larry Rudolph, has also recently stepped down.

As detailed in the document – which is available to download from the ACLU’s website – the aim of the new brief is to “emphasise the importance […] of protecting a conservatee’s right to select an attorney whom they trust to advocate zealously for their expressed interests”.

“Britney Spears has said that she wants to pick her own lawyer and the court should respect that wish,” said Zoë Brennan-Krohn, staff attorney with the ACLU’s Disability Rights Project, in a press statement.

“The court should ensure Spears has access to the tools she needs to make that choice meaningfully and to hire someone she trusts to advocate for her stated goal: to get out of her conservatorship. Spears’ right to select an attorney is not only a basic tenet of the Sixth Amendment right to counsel, but also consistent with principles of personal autonomy and agency.

“The California Superior Court must recognise Spears’ autonomy and the rights of people with disabilities to live independent, self-directed lives as active members of their communities.”

A separate document, filed alongside the brief on Monday (July 12), offers to assist Spears in selecting a replacement lawyer. The ACLU backed their offer by explaining: “Supported decision-making is a widely recognised approach to ensuring people with and without disabilities can make their own informed choices, typically with assistance from trusted advisors, mentors, friends, or professionals.”

The battle over Spears’ conservatorship will continue later today (Wednesday, July 14) in a hearing in Los Angeles superior court, The Guardian reports, although it is unclear whether Spears will be in attendance.

According to The New York Times, Mathew Rosengart – a Hollywood lawyer and former federal prosecutor, with whom Spears has reportedly been communicating – is expected to make an appearance, arguing for Spears being allowed to hire him.

Spears was placed into the conservatorship in 2008, following a highly publicised string of incidents pertaining to her mental health. Among other claims, Spears alleged during her court testimony last month that while under the conservatorship, she is forbidden from having more children, getting married or taking out her IUD.

“We stand in solidarity with Britney and all women who face reproductive coercion,” she said. “Your reproductive health is your own — and no one should make decisions about it for you. Every person should have the ability to make their own decisions about their bodies and exercise bodily autonomy.”

Shortly after Spears’ court appearance, she made a public statement on her Instagram apologising for “pretending like I’ve been OK the past two years”, saying she hid the reality of her life “because of my pride and I was embarrassed to share what happened to me”.

A swathe of celebrities and musicians have since voiced their support for Spears, including sister Jamie-Lynn and mother Lynne Spears, former partners Justin Timberlake and Kevin Federline, and fellow artists Dionne Warwick, Christina Aguilera, Miley Cyrus and Madonna.

At the start of the month, a judge denied a request, one made before the June hearing, to have Spears’ father Jamie removed from her conservatorship. Bessemer Trust, the wealth management firm that was set to become the co-conservator of her estate alongside Jamie, has also asked to withdraw from the conservatorship.

The post ACLU and other rights groups back Britney Spears’ request to choose her own lawyer in conservatorship case appeared first on Askhiphop.